Amanda Brewer is not only a shark conversationist but also a Go pro photograoher of these stunning animals, these images taken in Mossel Bay, South Africa with an eco tourism company called White Shark Africa and feature juvenile great white sharks. Amanda says " Many of the sharks seen in the photos and videos are regulars around seal island and we know them well", The female shark seen breaching out of the water is named "Blackgill", and is easily the most impressive shark we've ever met. (Sharkservation) which takes and shares these photos to get people interested in learning about sharks in hopes that we can protect them. On average, 100,000,000 sharks are being killed every single year for profit. This is an unsustainable rate and we see extinction in the near future for many large species of shark if nothing is done soon. In my time with the white shark I've learned that they each have an individual and distinct personality and they are far more intelligent than we give them credit for. I have a life long passion for these animals and I hope to play a role in securing their well deserved, perfectly evolved, presence here on earth.
©Exclusivepix Media 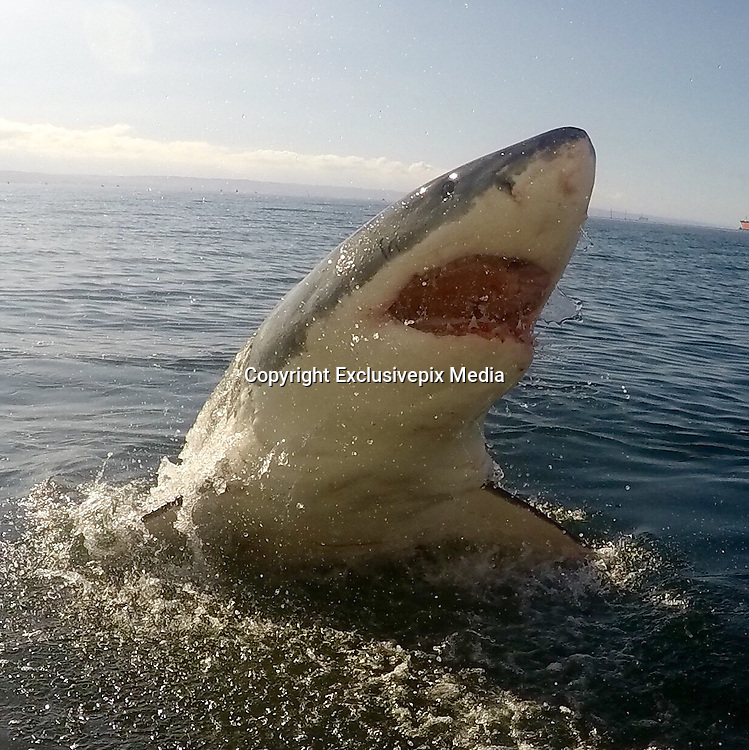