Two more dog butchers are out of business. , Soi Dog undercover investigators and the Thai police were alerted to a truck en route to Tha Rae, north-eastern Thailand - the heart of dog meat territory.
Cornered by the police car, the truck had no choice but to stop. Concealed in the back of the pick-up were the carcasses of more than one hundred dogs.

Traditionally, these snatched dogs would have been transported alive – often up to 10 dogs to a cage and for days at a time – to primitive butcher premises, where they would be tortured and slaughtered.
Under questioning, the occupants of the truck confessed that due to the ever increasing number of arrests, they had slaughtered the dogs before transport, in the hope that they would be easier to conceal and the truck would not be stopped.
The public awareness billboards are leading to more and more arrests and forcing the dog snatchers into a corner!
The butchers were promptly arrested and will now face charges under both the Prevention of Contagious Diseases Act and Thailand’s first ever Animal Welfare Law, brought into effect
©Soi Dog Foundation/Exclusivepix Media 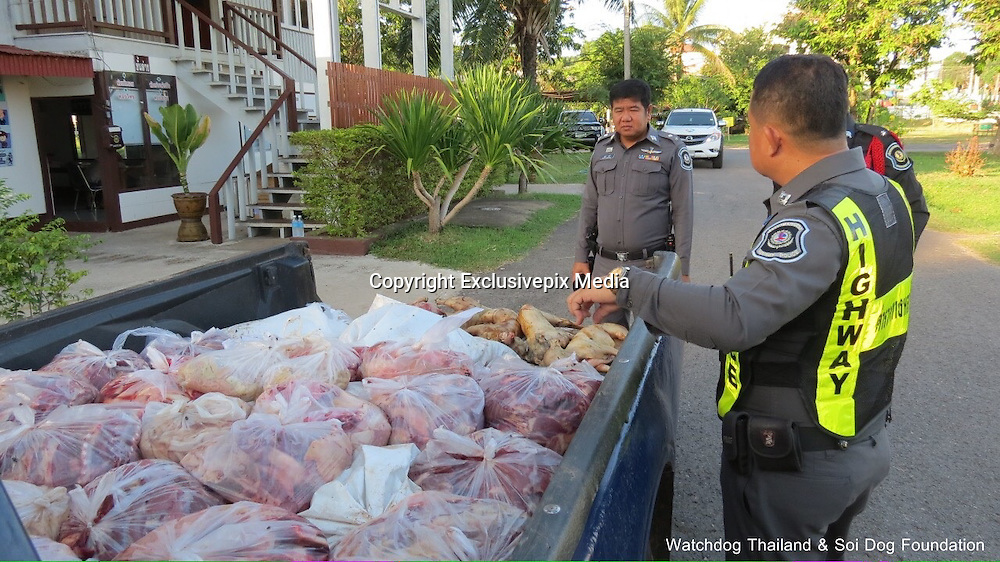