The children risking their lives on the way to school: Pupils use aqueduct just inches wide to avoid three-mile walk

The children risking their lives on the way to school: Pupils use aqueduct just inches wide to avoid three-mile walk


Children in Indonesia are risking their lives everyday just to get to school.
They use an aqueduct, suspended hundreds of metres above the ground as a shortcut, even though it was not built for people to walk on.
It is meant to transport water, but the wooden structure links Suro Village and Plempungan Village in Java.

Even though it is dangerous, they would rather use the precarious structure than walk a distance over three miles.

Children cycle along a wooden planks in the middle in their school uniform while local adults use it to transport food and material between the two villages.
Earlier this year a group of Indonesian children were filmed crossing a collapsed suspension bridge over a swollen river to reach their school after three suspension bridges in the district of Lebak collapsed due to flooding.
Despite the poor transport links the Indonesian island has a population of 137 million, meaning it is the world's most populous island, and one of the most densely-populated places on the globe.
©Exclusivepix Media 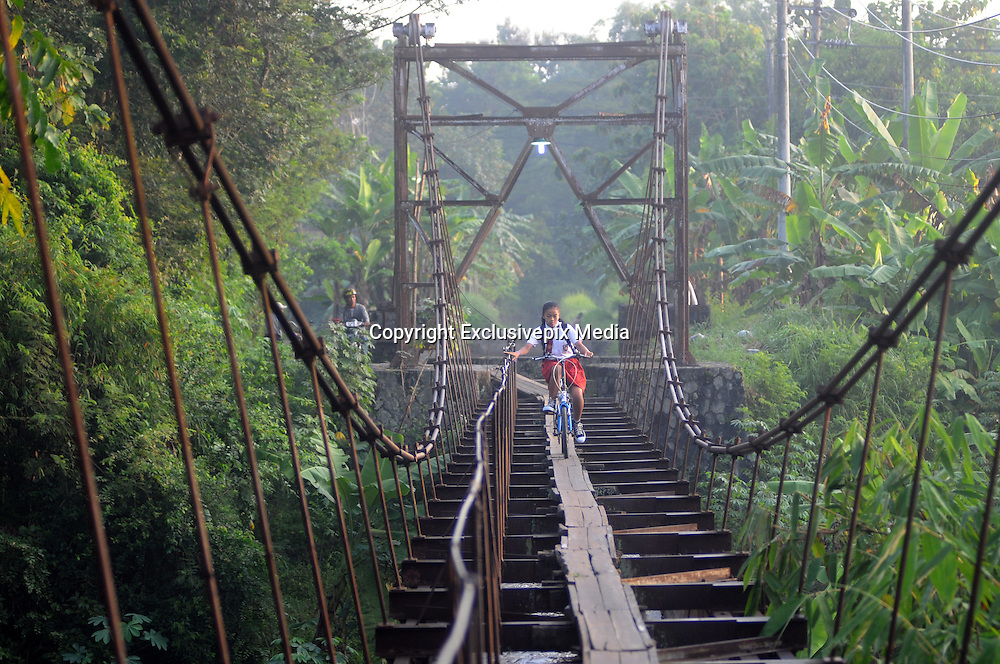