Photo shows: This Borana shepherd says he lost 100 cows over the last weeks. He does not want to mention how many are still alive: in the Borana tradition, a man never talks about how many cows he owns, as it may give ideas to robbers... Later he confesses he only has 50 cows left.
©Eric lafforgue/Exclusivepix Media 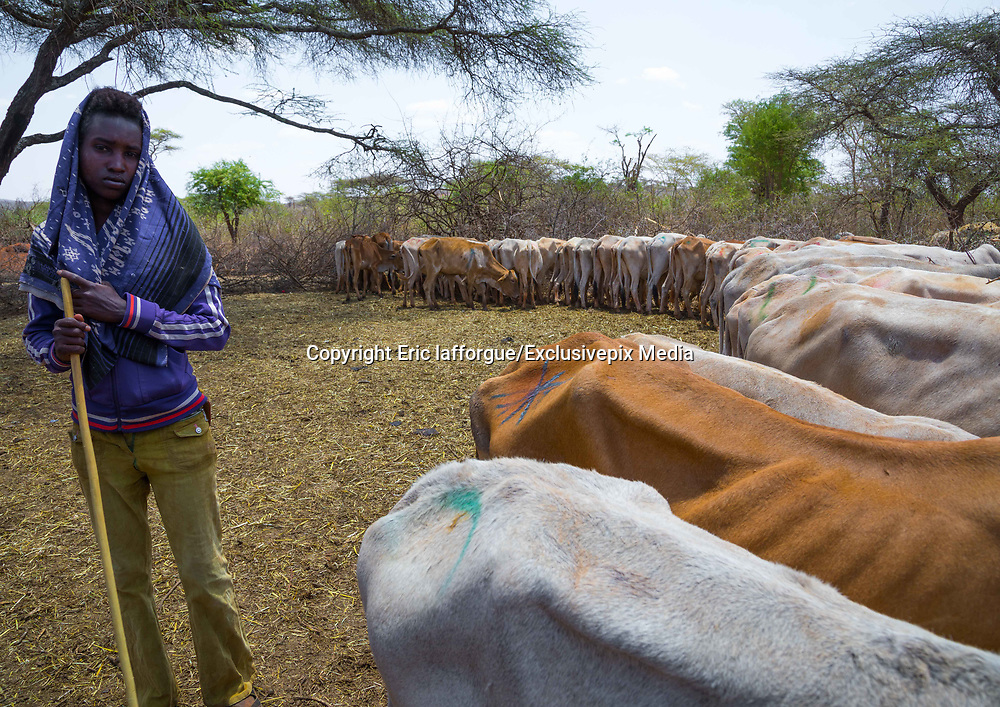