Photo shows: NGO and the governemet distribute some food aid, but as Borana live in the bush, many do not have access to this aid, and cannot be contacted with the lack of telecom networK..
©Eric lafforgue/Exclusivepix Media 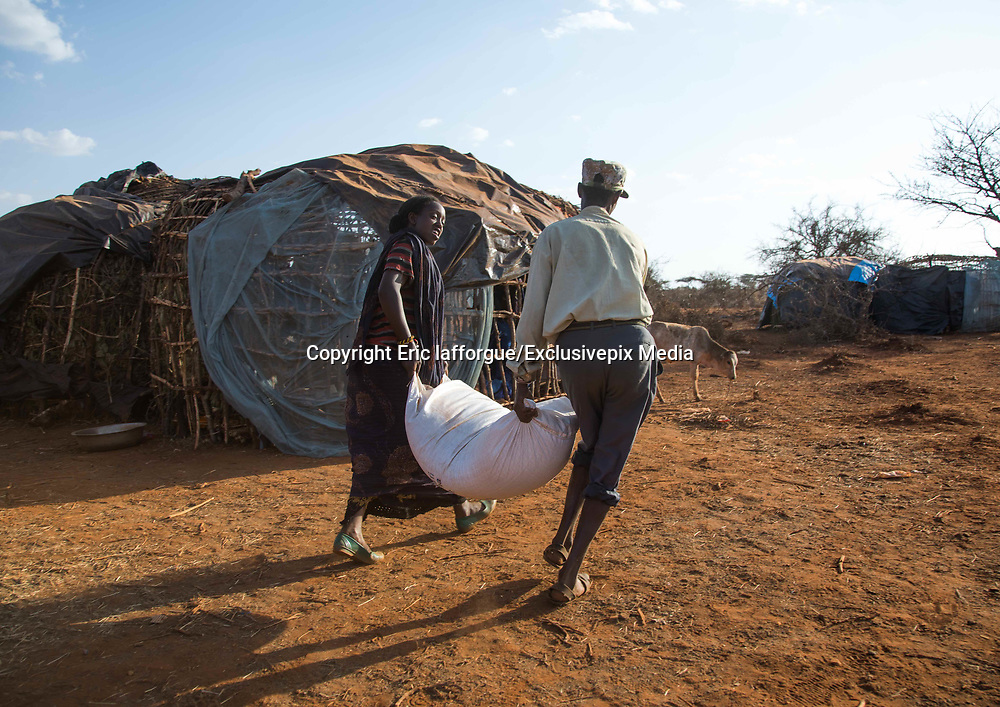