Photo shows: In the Borana cultire, men do not take care of the water! Even in drought times, it is the work of the women, helped by the children.
©Eric lafforgue/Exclusivepix Media 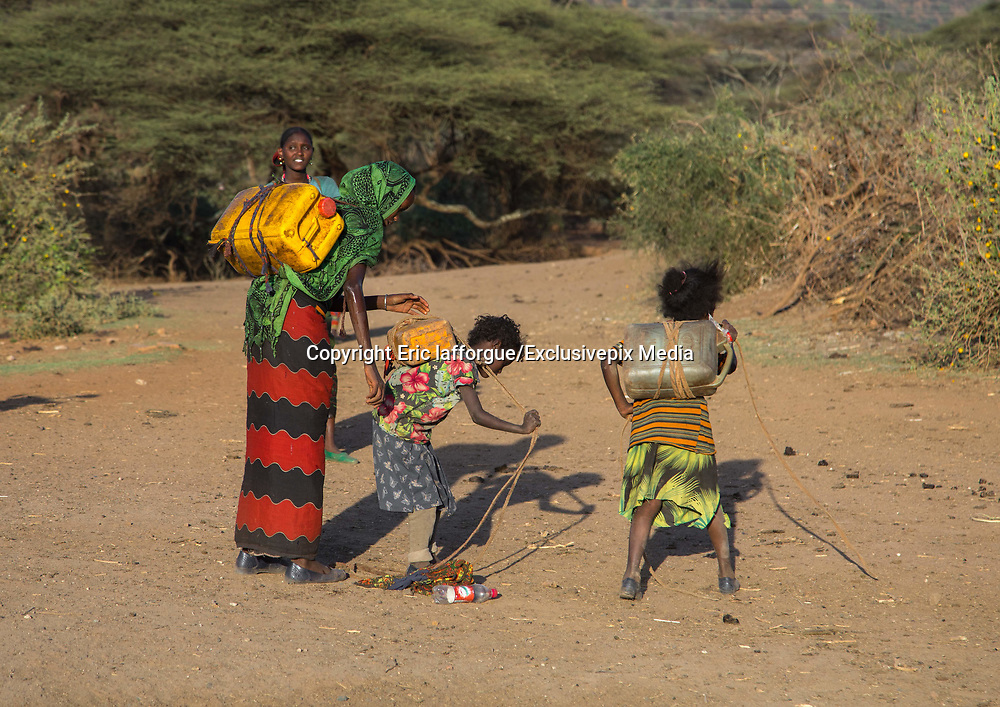