A couple who took a yacht for a quiet sailing trip were stunned when a 40-ton whale crash-landed on their boat off Cape Town.

The pair were enjoying calm seas off the South African coast when the animal flipped into the air and smashed into their mast.
Ralph Mothes, 59, and Paloma Werner, 50, were helpless as the beast thrashed around on their 33ft vessel before slipping back into the water.
Miss Werner said: "It really was quite incredible but very scary. The whale was about the same size as the boat.
"We'd spotted it about 100 metres away and thought that was the end of it. Then suddenly it was right up beside us.
"I assumed it would go underneath the boat but instead it sprang out of the sea. We were very lucky to get through it, as the sheer weight of the thing was huge.
"There were bits of skin and blubber left behind, and the mast was wrecked. It brought down the rigging too.
"Thank goodness the hull was made of steel and not fibreglass or we could have been ruined."
Moments before the animal leapt it had pounded its tail on the surface of the water in a 'lob-tailing' ritual to communicate with other whales.
The shaken couple, who are experienced seafarers with the Cape Town Sailing Academy, used their engine to get back to shore in Table Bay.
Whales are a common sight in the Atlantic Ocean off the Western Cape coast at this time of year as they come near the shore to breed.
Thousands of tourists flock to the region's seaside resorts every year to spot the mammals during the South African winter from June to November.
Hermanus, a popular destination around 80 miles east of Cape Town, employs a 'whale crier' to walk through the town announcing where whales have been seen.
©Mike Behr/Exclusivepix 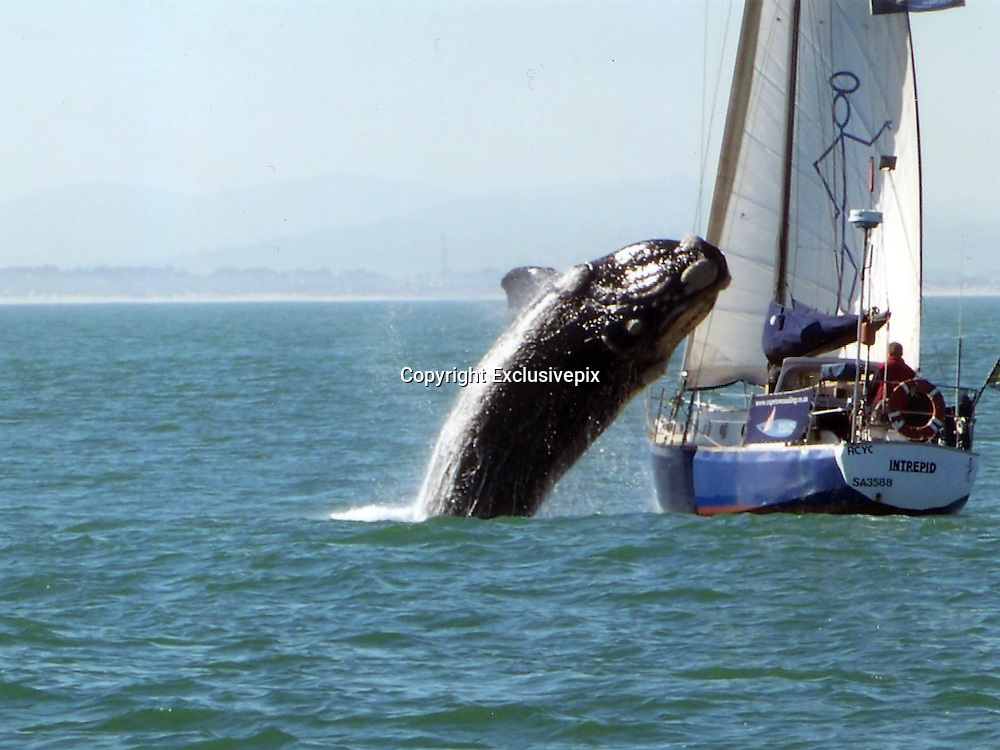