Photo shows: Borana clans own their own wells that run for centuries. They are vital in these Borana arid areas.
The wells are called the singing wells: the young, strong men carry the water from the well to the top where people and animals wait for their turn. The songs are usually about the cattle. Singing is a way to keep a good tempo in the chain.
Conflicts over water are forbidden. If someone starts a fight, he will have to sacrifice one cow or risk being banned from the wells which is virtually a death penalty in the community.
But due to the drought, those wells are mostly dry, and people must find other solutions...
©Eric lafforgue/Exclusivepix Media 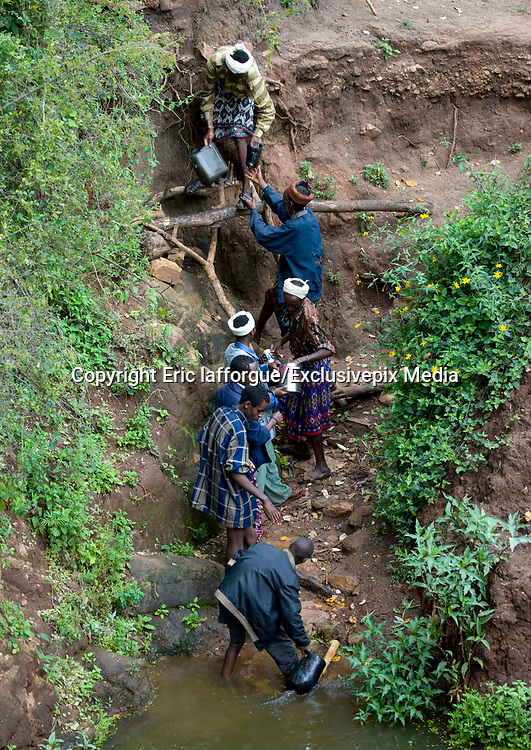