Photo shows: Haegeumgang floating hotel. The 90 meter floating structure has travelled over 13000 km to arrive in North Korea. Its original location was in the Great Barrier Reef, then it moved to Vietnam and in 2000 Hyundai decided to use it for the Kumgang Tourism Project. 20 millions dollars lost in this hotel.
©Eric Lafforgue/Exclusivepix Media 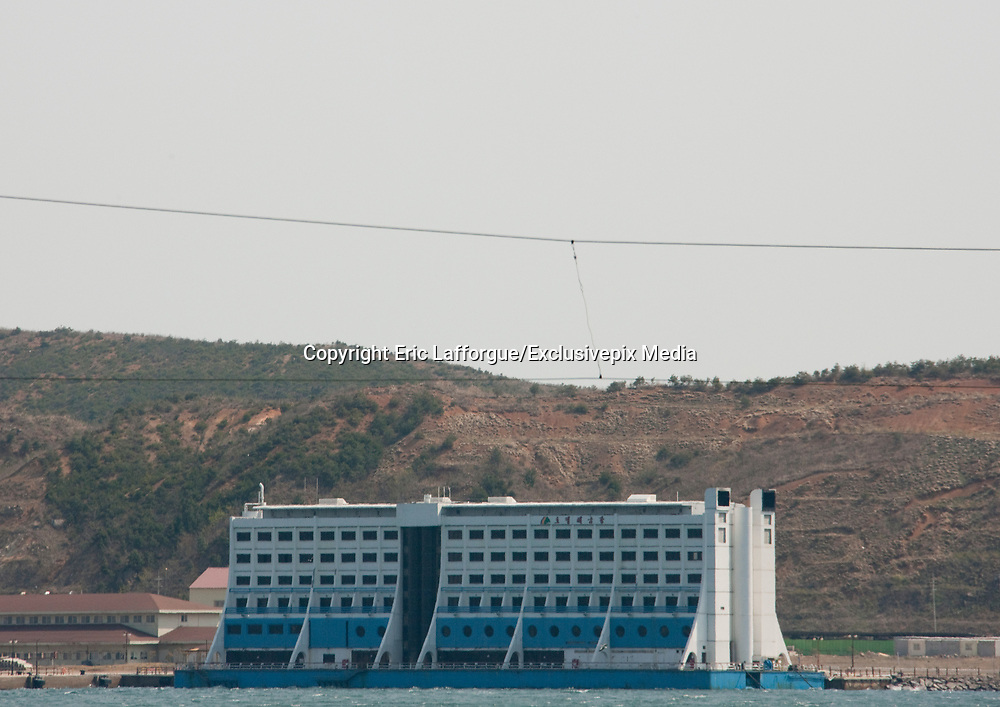