The Sunderland local told the New York Post that she is ready to 'push the envelope' with her striptease routine on March 13.
'New York is a lot more out there than the UK scene,' she said.
London sticks more to the traditional burlesque side of things, whereas New York really pushes the envelope.'
She told the newspaper that she is unafraid to strip in front of a crowd, but is careful not to take her act too far. 'I take my clothes off, but I don’t give away anything that should be kept for someone else.'
Though she has never met the Middleton sisters, Ms Darling has appeared on a U.S. TV documentary dedicated to Pippa.

Credited as a family insider and part of the 'inner circle' of Middletons, Ms Darling was completely unaware that she was related to Prince William's beau until contacted by producers.
The royal family have not commented on her raunchy act - despite its suggestive name - and the Post said a 'giggling royal rep' had no word to add.
©Exclusivepix 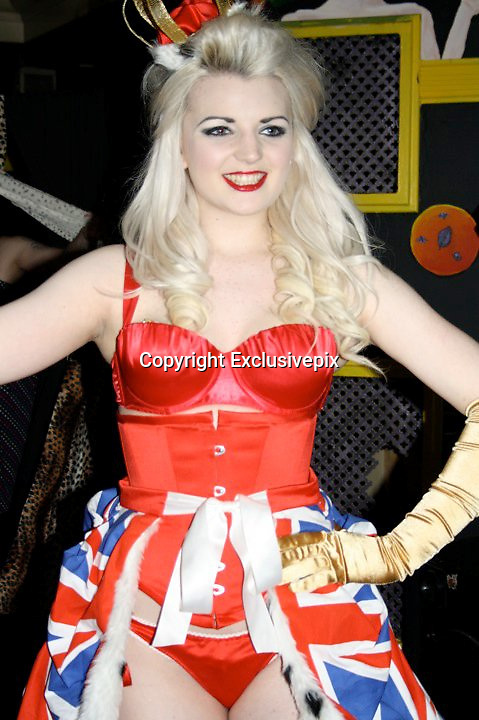