Photo shows: On arrival in Samjiyon airport, the luggages delivery is very quick and made by men in very nice uniforms.
©Eric Lafforgue/Exclusivepix Media 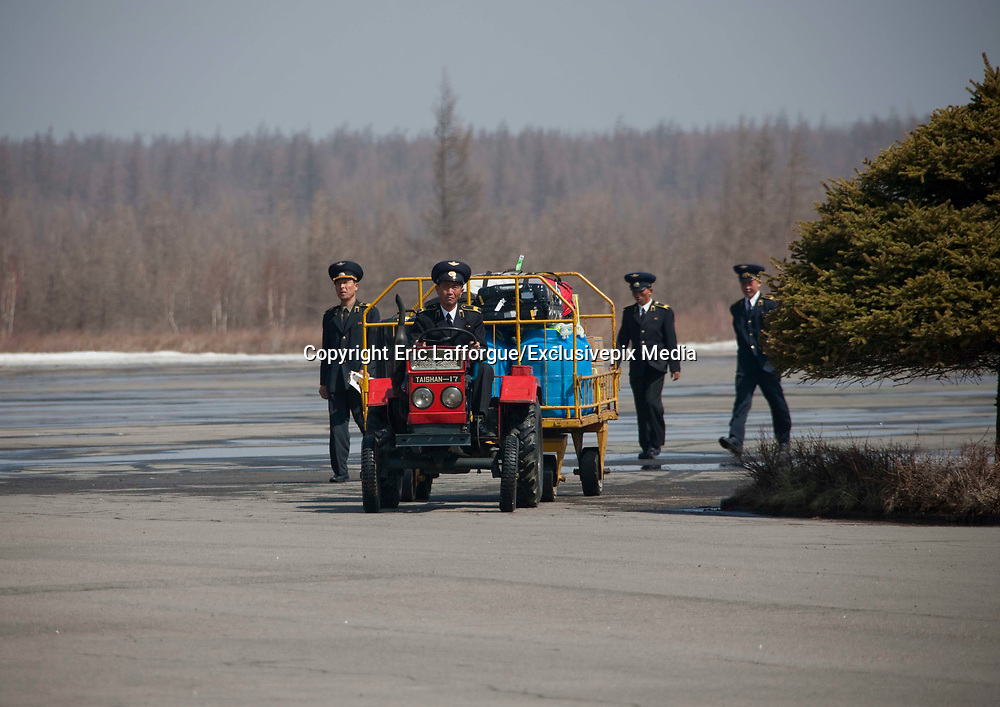