BOSTON, , 2014 – Five-year-old Pomeranian-mix “Papi” was critically injured in a three-alarm fire in Lawrence, Mass. on June 21 and now—after two weeks of care at Angell Animal Medical Center in Boston and major reconstructive surgery—doctors are hopeful he will recover.

Papi was rushed to Angell in critical condition just after the fire. He was admitted the Emergency & Critical Care Unit, where doctors administered pain medicine and oxygen. “He was in very rough shape when he first arrived, with burned skin on his back and nose and even inside of his mouth,” said Angell’s Dr. Kiko Bracker.

Papi suffered from second and third degree burns along nearly his entire backside. He underwent major surgery on July 10 to remove dead tissue from his back and ears, as well as the removal of his tail (which was so damaged it could not be saved). He will need at least one more surgery in order to heal completely.

Donations Sought to Offset Papi’s Care
The cost of Papi’s care will likely exceed $10,000. An anonymous donor has already stepped forward with a gift of $6,000 to offset the care. The MSPCA-Angell is raising money for its Pet Care Assistance program, which in part is used to provide financial aid to families whose animals need emergency, intermediate and critical care at Angell. Readers who would like to donate to help Papi and animals like him can click here.

Multiple Surgeries Required
Dr. Mike Pavletic of Angell’s surgery department performed the most recent two-hour surgery to remove the dead skin from Papi’s body. According to Dr. Pavletic, Papi has a long road ahead. “The challenge with Papi is that most of his body is covered in second and third degree burns—he’s lost a lot of tissue. The goal of surgery was to use whatever healthy skin he has left to close the gaps. I’m confident it’s gone as well as possible—but he’ll need at least one more procedure 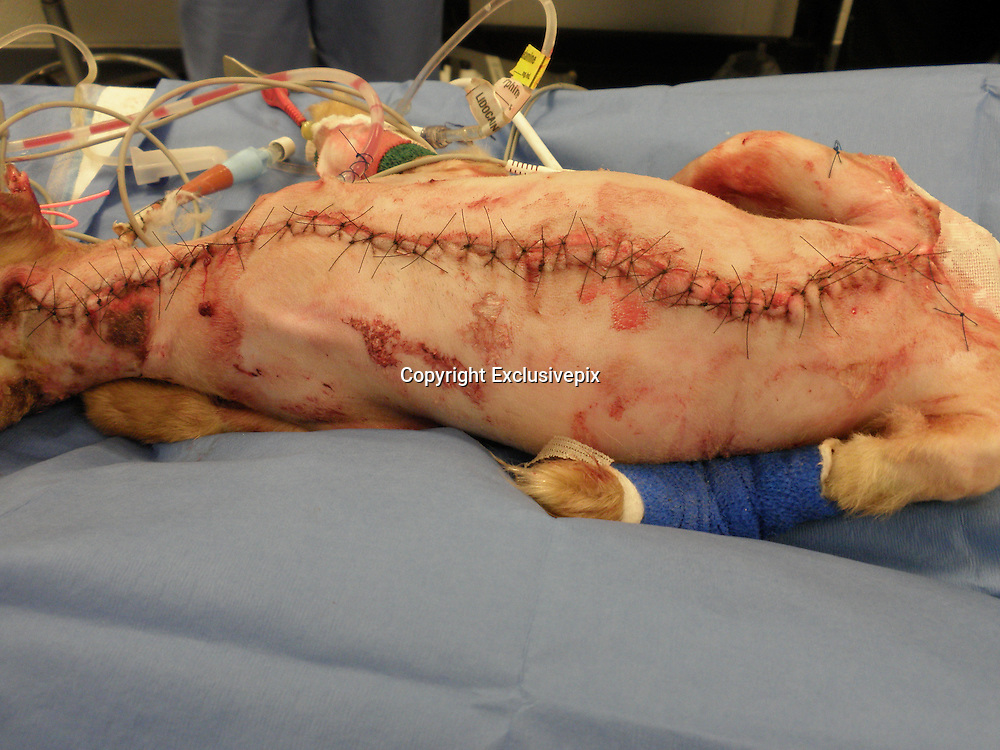