McDonalds opens in Chiang Ching-kuos villa near West Lake on November 15, 2015 in Hangzhou, Zhejiang Province of China. Former Taiwan leader Chiang Ching-kuo, son of former Kuomintang leader Chiang Kai-shek, lived with his family in this two-story villa built in 1931 from the end of the War of Resistance against Japanese Aggression (1937-45) until they left for Taiwan in 1949. Two months earlier a Starbucks outlet opened in the side wing of the same house, the report said and now it still open a McDonald's in this historical villa. Controversy goes about in public that the old residence turning into a commercial place would go against the preservation of the historical site
©Exclusivepix Media 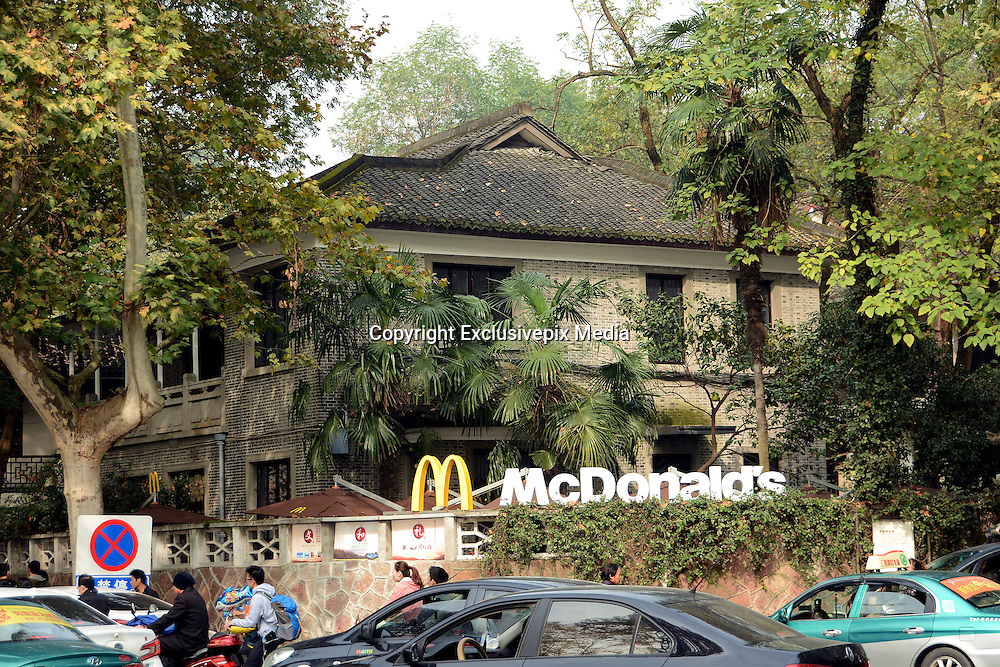