TRUCK OVERLOADED WITH 20 BAGS OF RUBBISH ALMOST SNAPS IN HALF

TRUCK OVERLOADED WITH 20 BAGS OF RUBBISH ALMOST SNAPS IN HALF

This truck almost snapped in half after dangerously piling on more than TWENTY giant bags of rubbish.

The driver was spotted with the heavy load piled 12ft high on the back of the wagon as he drove to a recycling plant in Chonburi near Pattaya, Thailand.

Fellow motorists accused the man of putting other road users at risk - and trying to same fuel money by piling on the bags of waste metal and plastic.

Shocking pictures show how the vehicle is travelling along a busy road while bent in the middle almost to breaking point.

Stunned passerby Apiroom Sukjai said: ''There's no reason for doing something so dangerous. Roads are already so risky. He should be more sensible.

''People think the driver was trying to save money by putting all the bags on so he did not need to make two trips. What if one fell onto another car?''
©Exclusivepix Media 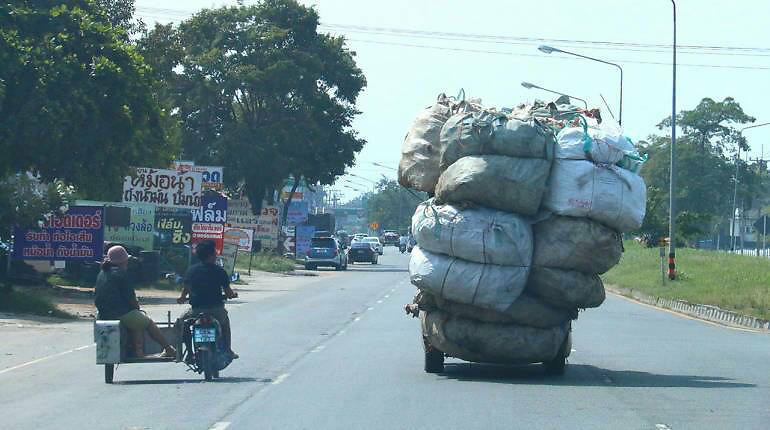