'He bit me on the shoulder': Screams of a woman attacked in her car by zebra as she ate a bag of crisps

Any visitor to a safari park hopes to get as close as possible to the animals. But not this close.
A woman, called Megan, was left in tears after she was attacked by a zebra that lurched into her car and bit her on the shoulder during a recent visit to a resort in Texas.
The footage was caught by one of her friends in the back seat and was uploaded to YouTube.
e animal appeared to be keen on a crisp that the youngster was about to eat, but instead caught Megan near the collarbone.

Following the incident, she is heard screaming 'he bit my shoulder' before asking her friends whether she is bleeding.
The attack left a visible flesh wound but Megan appeared to recover once the zebra was a safe distance away.
©Exclusivepix 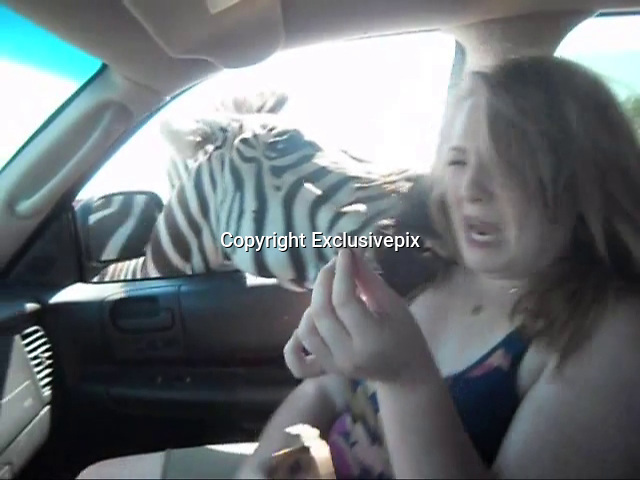