A masked mystery man who swooped in like a super-hero to rescue survivors of the 9/11 terror attack has told his story for the first time.
When New York’s Twin Towers collapsed 12 years ago, the muscular stranger in camouflage gear appeared out of nowhere and, defying the orders of fire chiefs who had called off rescue efforts as being too dangerous, vanished inside the burning debris.
His courageous actions over several hours saved two trapped men who would otherwise have died.
Incredibly, he then disappeared without trace. Despite a Hollywood movie being made about his role, he has since shunned publicity and refused to reveal the full account of his superhuman actions that infamous day, September 11, 2001 – UNTIL NOW.
But at last the shy rescuer has been persuaded to tell his extraordinary account for a TV programme, 9/11: The Lost Hero, screened in Britain on Monday 2 September and soon to be seen worldwide.
Award-winning film-maker Steve Humphries, who has made a dozen investigative documentaries about the attack on the World Trade Center, said yesterday: “I have met some amazingly heroic people but this man’s role in the drama was almost superhuman – something you'd expect to read in a comic book. Yet he is very much a real-life super-hero."
The mystery man’s name is Jason Thomas. At the time, he was a 27-year-old former sergeant in the US Marine Corps training as a law student.
On 9/11 he was taking his baby daughter to his mother’s house in suburban Long Island before heading to law school.
But when he heard that the first Tower had been hit by an airplane, he felt it his duty to respond. He retrieved his old army uniform and drove 30 miles to the World Trade Center.
As he parked his car, the second Tower collapsed but Jason donned a protective face mask and ran towards the centre of the dust cloud.
“I just knew someone must need my help,” 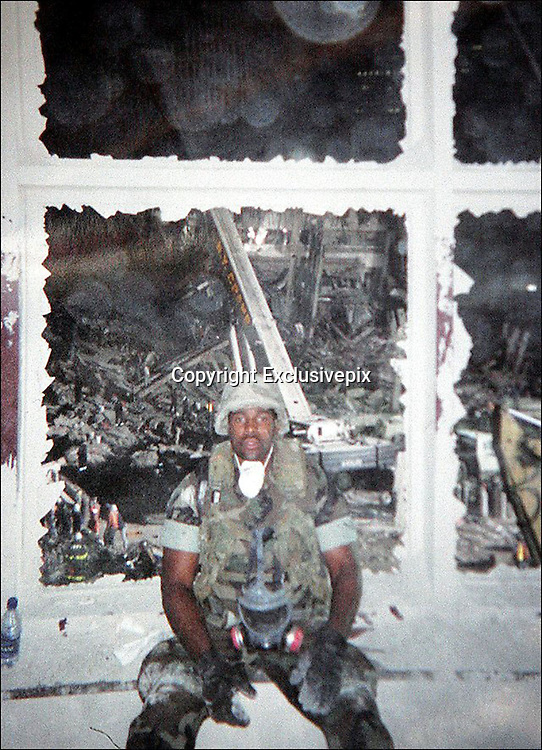