King Juan Carlos among the guests at the wedding of Beltran Gomez Acebo with Andrea Pascual. To the home of her sister Infanta Pilar His Majesty, came to be present at the wedding of his nephew. They met at the wedding of Fiona Ferrer and Jaime Polanco in July 2009 and since then the friendship quickly gave way to something deeper in their relationship. Andrea was one of the twelve bridesmaids accompanying the bride. At that time she worked in Elite Model Look modeling agency directing Fiona Ferrer in the capital. For Gomez-Acebo was his second marriage. In 2004, the King's Felipe cousin married the model and jewelry designer Laura Ponte in the Royal Palace of La Granja in Segovia. The link, officiated at the famous Royal Collegiate Church of the Holy Trinity Parish, attended by the royal family to complete. After six years of courtship, the wedding took place on Saturday 27 February at the home of Princess Pilar, mother of the groom, in the urbanization Puerta de Hierro in Madrid. It was an intimate ceremony at and inside the house followed by a lunch that the sister of King Juan Carlos was in charge. The bride, her hair pulled back in a simple bun, earrings cascading, chose a white long-sleeved dress designed by Isabel Nunez and carried a bouquet of calla lilies. The bride and groom were accompanied by about 35 people, including parents, siblings, brothers and nephews
©Exclusivepix Media 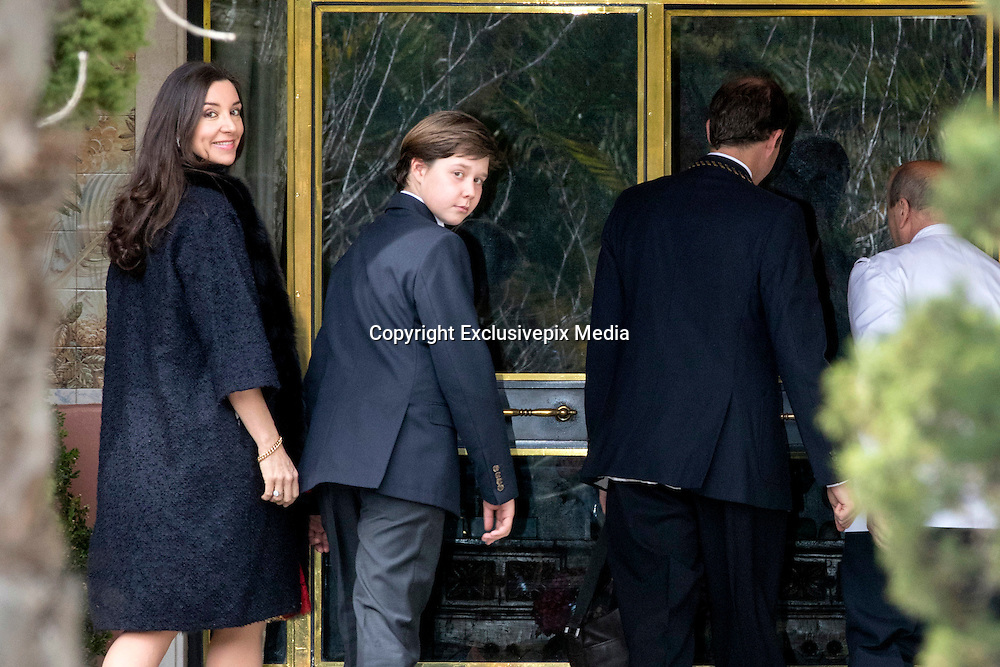