He recently announced that he was quitting plastic surgery, but so-called Human Ken Doll Rodrigo Alves has just spent eight hours having hair implants at a cost of $15,000 (£11,000).
The Brazilian-born Londoner underwent the procedure in LA, after stress caused him to lose 30 per cent of his hair.
This latest treatment brings the 33-year-old's number of cosmetic procedures to 45.

Last month Rodrigo announced he was quitting plastic surgery after his face was nearly destroyed when his seventh nose job went drastically wrong.
His body rejected the nose and he suffered necrosis, where the flesh withers and dies, and recently underwent a seventh rhinoplasty surgery to fix the damage to his face.


'Due to the stress faced in my last few months I lost 30 per cent of my hair and I decided to have hair implants with stem cells performed by Dr John Kahen in Beverly Hills,

'It was a eight hour procedure under local anaesthesia. It doesn't hurt as such.

'It felt more like pins and needles in my head and a crackling sound at each time the doctor made a hole to implant another hair. The pain rate from one to ten I would give it three.'
Rodrigo has declared himself delighted with the results and says that after just a week, the hair has been growing 'nice and strong'.
He insists that he won't have plastic surgery after his seventh nose job went wrong, but had no intention of giving up aesthetic treatments.
'My body needs a break after so many surgeries one after the other,' he admitted.
'But I'm totally pro aesthetic procedures that be replace plastic surgery and can still improve my life style.


The UK maybe is bit backwards when comes to the subject of plastic and cosmetic surgery, but we are very good when it comes to non-invasive procedures such as fat freezing lipo, laser frequency, radio frequency therapy, ultra sound th 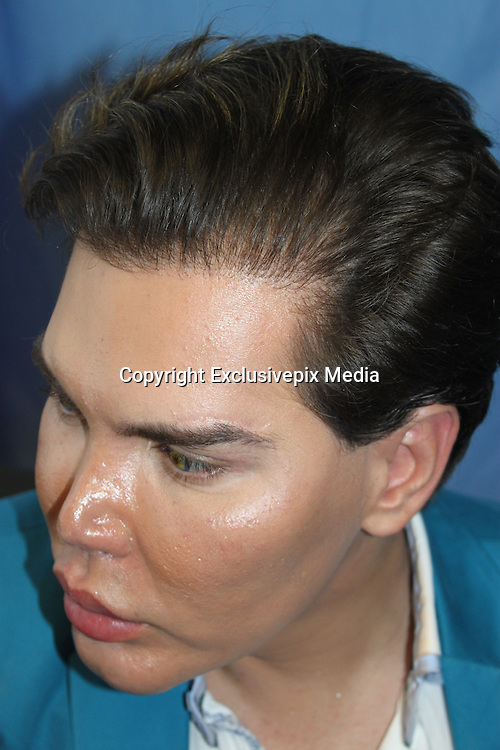