The social perception that females are “worth” less than males, and the extremes to which families go to have boys and get rid of girls. Through her images Mary shows us the difficulties that women face in India, even before birth, such as fetal sex selection, government-financed abortion of female fetuses and abandonment after birth. But her work doesn’t stop there; she follows women through their life cycle and shows the consequences of this sexist ideology.

Women are an endangered species in India. 'Raising a daughter,' said an old Punjabi saying, 'is like watering your neighbor's garden.' In the last 20 years India has lost about 10 million girls to sex selection. Due to the devaluation of women and expensive dowries required by the groom's family, women are holding out for boy children. Sons are preferred in India because boys will be more prosperous and take care of their aging parents. They carry on the family name and are the ones to inherit family wealth. Girls are seen as a drain on family resources. Many women rely on illegal ultrasounds to determine sex, leading to the aborting of girl fetuses. The long-term effects are coming to fruition. Despite its status as one of the world's largest democracies, India is a country where women suffer a low status.

Photo shows: - VARSHA HITKARI'S husband, Rakesh Kumar, hung his wife from the showerhead after she gave birth to a second girl. Her brother found her in time to save her life but she was in a coma for six weeks and has not been the same since.
©Mary F. Calvert/Exclusivepix media 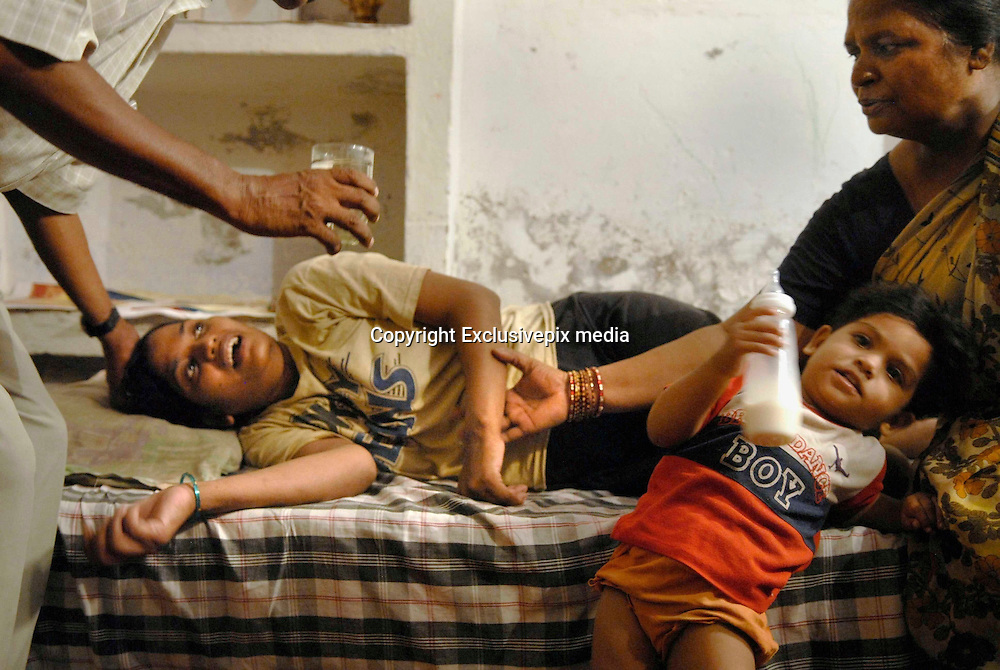