Photo shows:Some cows are too weak to get up in the morning, so the herder must inspect all the cattle one by one to be sure they are in good shape.
©Eric lafforgue/Exclusivepix Media 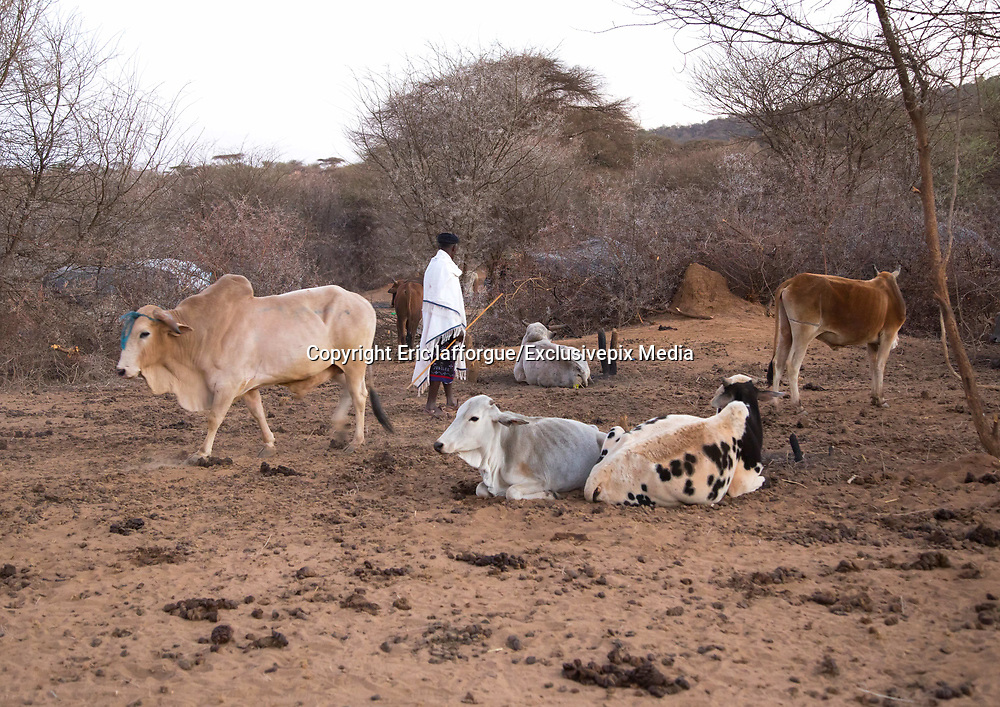