Photo shows: Bus stop to go to the Haegeumgang floating hotel. No more buses for years. Since 2008, Mount Kumgang complex has became a ghost town.
My guide says that the whole complex was built with North Korea funds, of course this is false. I’m always amazed by the way they lie so well and so often! A real talent.
©Eric Lafforgue/Exclusivepix Media 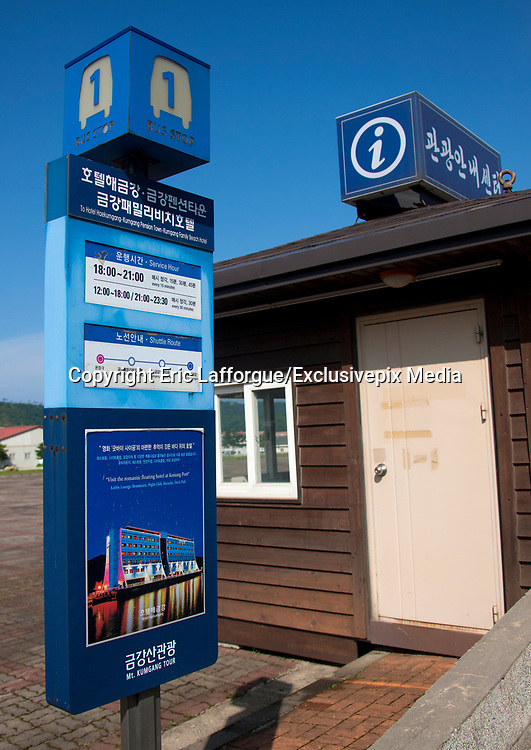