It all started when Arefin adopted two bunnies (Tooni and Nottu) nearly a year ago and loved to photograph them. Since then, one of his bunnies, Tooni, gave birth to four babies. This has provided Arefin with new little models, so he decided to document their daily lives and those special moments, as they grew older.

ìIt was such an amazing and happy moment for me to see them growing up in front of my eyes, I wanted to keep a souvenir through the photos and also share my happiness with peopleî says Arefin.

Tooni is a brown mixed-breed female, and Nottu is a Dutch male. Arefin says that all his bunnies are very calm and have a sweet nature. Tooni is more confident and independent and Nottu is childish and loves to be pampered.

ìThey all just love to eat, they could eat all day long without getting tired!î remarks Arefin.

Unfortunately, Arefin cannot keep the babies at his house anymore, as there isnít enough room for them, but he has already found a safe and happy home for them and will be handed to their new human parents soon
©IMP/Exclusivepix Media 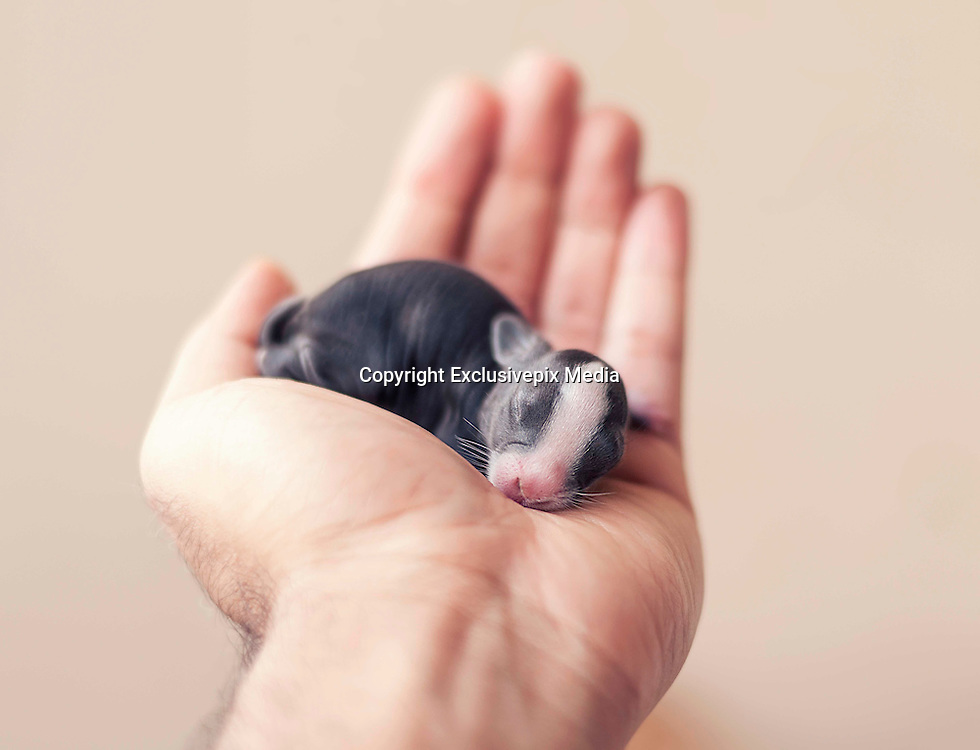