Kecil (pronounced Ka-cheel, which is Indonesian for little) arrived at Brookfield Zoo on June 20 to be introduced to a surrogate mom, Maggie, the zoo’s 53-year-old Bornean orangutan. Discussions among orangutan care experts from the AZA’s Orangutan Species Survival Plan (SSP) and Hand Rearing/Surrogacy Advisory Group as well as the three institutions resulted in the determination that Maggie could be a good surrogate mother because of her calm demeanor and her previous success in this role.

Upon his arrival at Brookfield Zoo, Kecil was given a brief physical examination and then taken to an off-exhibit area at the zoo’s Tropic World exhibit to be introduced to Maggie. Since the two have been together, animal care staff have seen very positive interactions. The two engage each other in play, and the young orangutan often sleeps in the crook of Maggie’s arm. He has shown interest in Maggie’s food, but for now he has been sampling softer foods like bananas, and baby cereal has become a staple. In addition, Kecil comes to the front of their enclosure on his own or with Maggie’s assistance to be bottle-fed, which will continue at least until he is a year old.

“Although it has been only a short time and we have a long road ahead of us, we are extremely optimistic due to Kecil and Maggie’s progress so far. Maggie is an easygoing and gentle orangutan. The two have been together since Kecil’s arrival, and Maggie has provided care and attention that he needs to receive from an orangutan.” said Jay Petersen, curator of primates and carnivores for the Chicago Zoological Society, which manages Brookfield Zoo.

Kecil was born on January 11, 2014, at Ohio’s Toledo Zoo. His mother, Yasmin, who has raised her own off 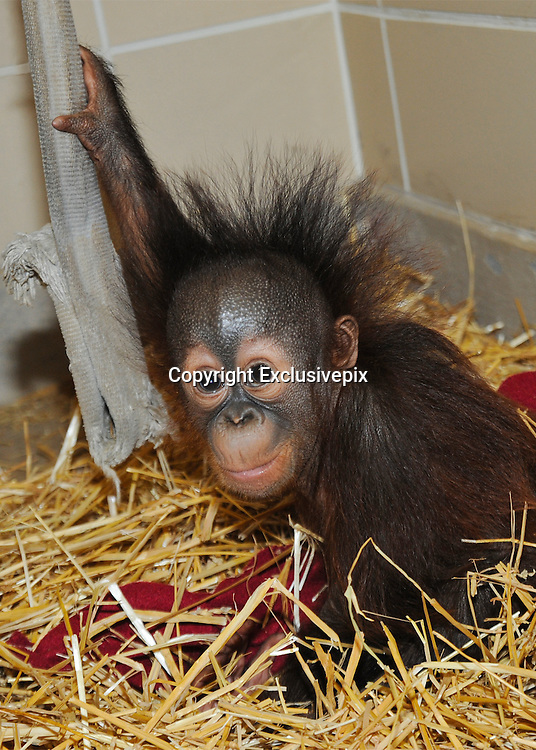