In the south of Japan there is a small island named Ikeshima. It is located not so far from the world-famous Gunkandzima island.
Both these islands have a similar fate. They were coal mines, thousands of people lived, and when the mines closed, the population left and the villages were emptied. However, if the outcome of the residents with Gunkajima occurred in the mid-1970s, coal mining at the Ikeshima mine was stopped in the summer of 1999.

The production stopped, but the mine did not close completely. On April 18, 2002, a training program for foreign miners was launched and training center was opened on the territory.

The center operated until 2007 and was closed due to the loss by the mining company of a lawsuit in the case of diseases of former Japanese miners. In the same year, foreign workers left the island

The building of the center occupies three floors. On the first there are warehouses, a bathhouse and a small museum. On the second, workshops, a charging station, offices, a control and control room, an exit to the cages and general assembly halls are concentrated. On the third floor there are classrooms.
©Ralph Mirebs/Exclusivepix Media 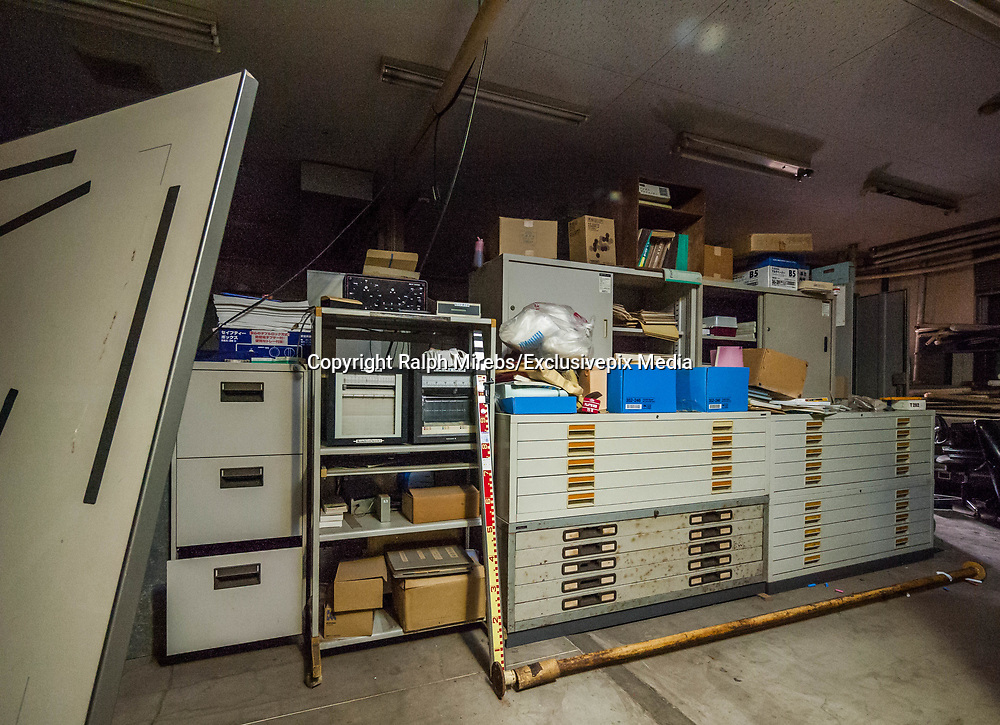