Jorge Lorenzo and Valentino Rossi, in Barcelona to attend the party that Yamaha offered on the occasion of the presentation of the new bike. Both, smartly dressed, did not miss this appointment the next day to meet again in the presentation.
The day before the presentation of the new Yamaha, Jorge Lorenzo and Valentino Rossi staged a reunion cold like all previous acts and celebration that were suspended due to the controversy that marked the end of the MotoGP season. Everyone at Valencia last November that winter trusted heal the wounds left on the controversial season finale. However, nothing is further from reality, the tension still remains.
Amid a huge media interest, especially because of the friction at the end of last season during a fight for the championship full of controversy, Lorenzo and Rossi have returned to match, this time in an evening organized in Barcelona by Yamaha. Gradually the guests were coming to the party. From the first to arrive Jorge Lorenzo, who was accompanied by friends. He looked very elegant in a suit and bow tie. Then came the great Italian Valentino Rossi with his girlfriend Linda Morselli with a suit much more modern and bright
©Exclusivepix Media 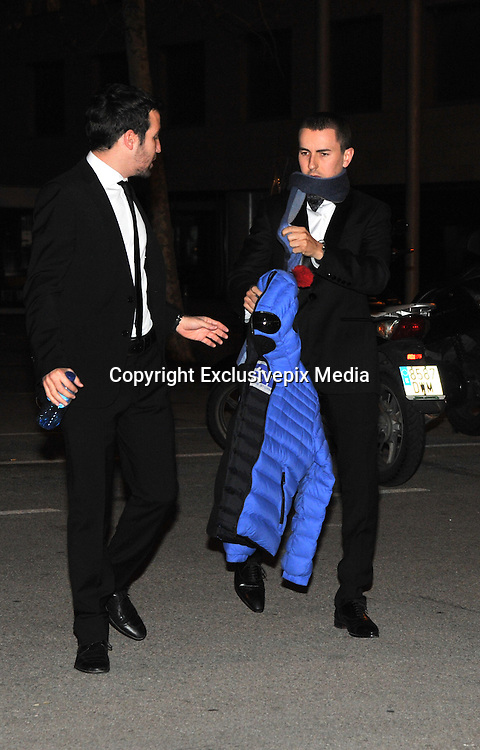