The fattest man in China has lost 13 stone so far in a battle to bring his weight under control.

Liang Yong, 26, was last seen being transported on a steel reinforced trolley to carry his huge weight as he could not fit in an ambulance.


The 26-year-old, who officially weighed in at more than 35 stone, went on a diet after he set the unwelcome record five years ago
He said he wanted to lose the weight gradually and avoid crash diets so his skin would shrink back naturally.

He said: 'It was not a record to be proud of when I was named the fattest man in China and was told it was officially registered at the Chinese record headquarters in 2007, but now I'm hoping to end up as the man who lost the most weight.'
Now weighing a comparatively healthy 22 stone, he is happy to get on the hospital scales in Chongqing, south-western China.
He said: 'I concentrated on a healthy diet, and regular exercise as soon as I was able to move well enough.'

Mr Yong said his original weight problem was caused by him being born heavy, weighing in at 11 lbs, and that he had simply continued growing since then.
At three months of age, he weighed 1 stone 8lbs; at three he weighted 4 stone 10lbs; at eight 12 stone 8lbs; and by the time he was 14 he weighed 28 stone 4lbs.

He was taken to a local hospital which agreed to treat him free of charge in order to monitor his progress medically and record data.
The information will be used to help treating other obese patients in a country where the problem of being overweight is fast becoming a serious issue.
©Exclusivepix Media 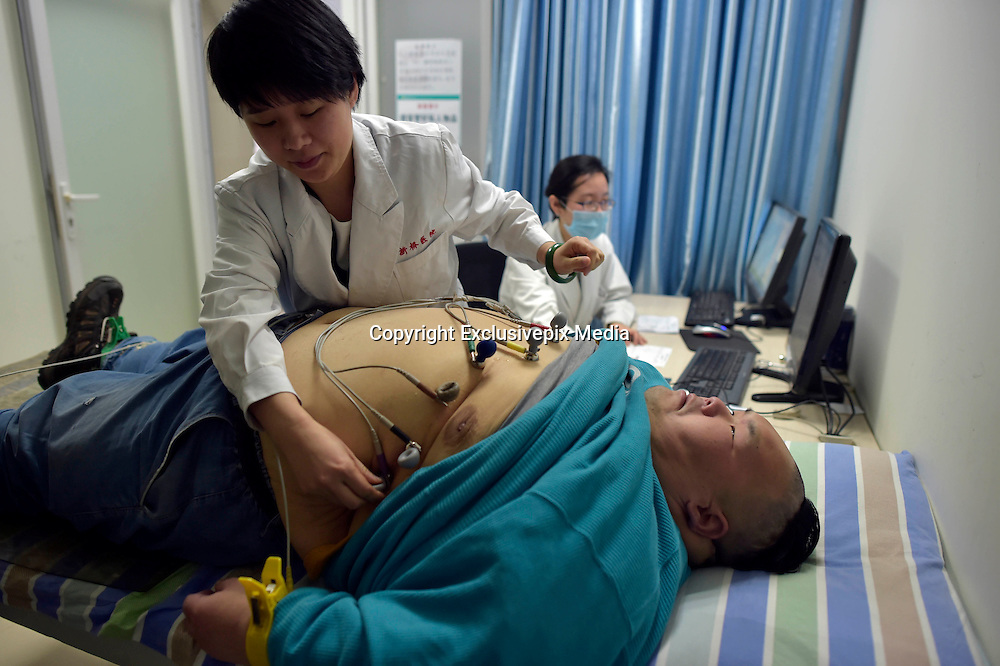