SOMME - FRANCE- 1st July 2016: The 100th anniversary of the Battle of The Somme in northern France.

Members of the Royal Family including HRH The Prince of Wales and the Duchess of Cornwall with The Duke and Duchess of Cambridge, and Prince Harry attend a Memorial service held at the Thiepval Somme Memorial to mark the 100th Anniversary of the Battle of the Somme which started on the 1st July 1916.

After the service, The Prince of Wales and the Duchess of Cornwall, accompanied by Prince William, Kate and Prince Harry walked through the gravestones and talked to French and English schoolchildren.
©Ian Jones/ Exclusivepix Media 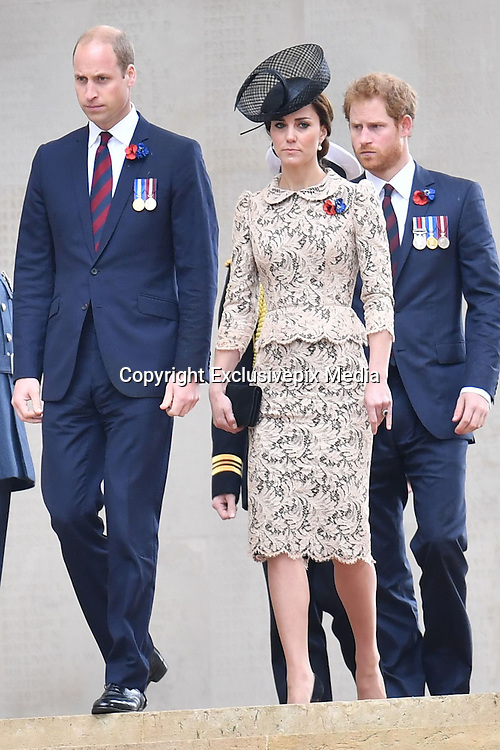