PHOTO SHOWS: On the wall opposite the former American embassy, new graffitis have appeared. This one “Down with USA” was done in a very hip-hop style.
©eric lafforgue/Exclusivepix Media 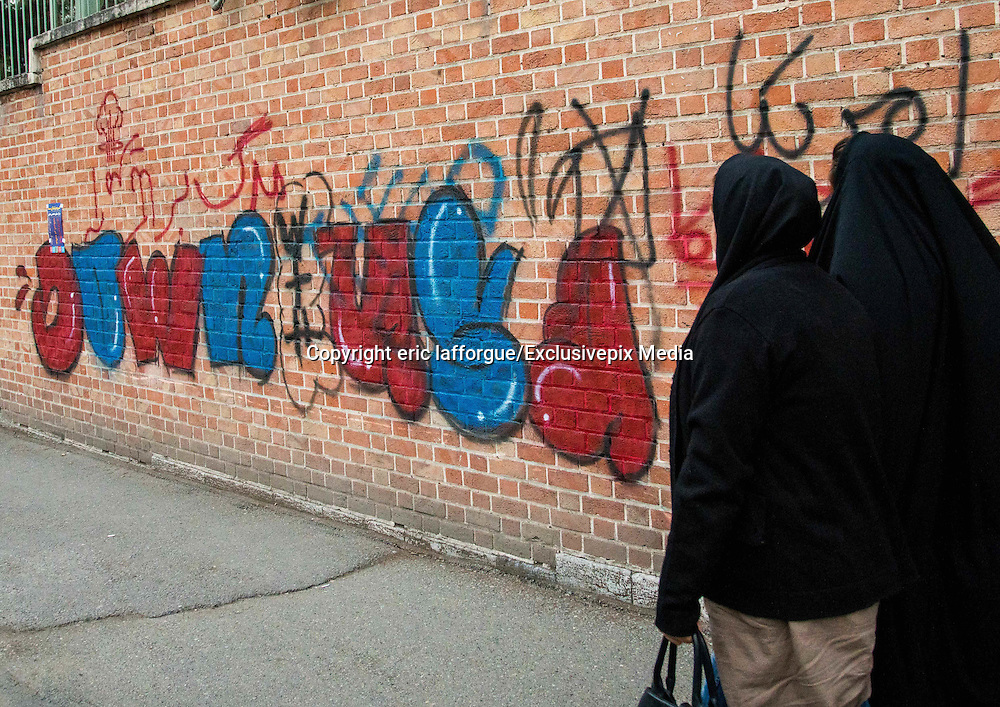