'I had my pet cattooed': Cruel Russian owner gives helpless Coco the cat body art matching his own

Animal rights campaigners have reacted with fury after a vile pet owner decided to give his cat a tattoo matching his own.
In a disgusting stunt Timur Rimut, from Tatarsan, Russia, filmed himself permanently marking his hairless sphinx Coco with the phrase 'Carpe Diem', which is Latin for 'seize the day'.
The 24-year-old artist has the same tattoo on his chest and drew the design on the poor animal in pen before sedating her and branding the cat for life.
But to add insult to injury, it appears he misspelled the famous phrase, scrawling 'Carpe Deem' on Coco's chest instead.
'We are shocked to see these images. As a charity that cares passionately about cats and seeks to inform the public about responsible pet ownership, we do not agree with people treating pets as fashion accessories in anyway,' a spokesman for UK charity Cats Protection said.
'Animals should be anaesthetised for veterinary reasons only, not cosmetic purposes. We hope that people will realise that it is unacceptable to treat animals in this manner.'
Rimut also has a tattoo of his cat, showing the new tattoo, on his own forearm.
The video has been posted on You Tube, and attracted a flurry of angry complaints.

This is the ultimate in animal cruelty. I can't understand how an animal owner could do this to their pet. Totally sickening,' one woman said.
Another added: 'The cat doesn't give its consent to be tattooed. You rob it of its rights by forcing it asleep only so you can decorate it with what you want. Cats are not colouring books.'
But it seems that Coco is not the only Russian cat to be tattooed by its owner. Oksana Popova of Moscow tattooed the Egyptian pharaoh Tutankhamen on its chest.
©Oksana Popova/Exclusivepix 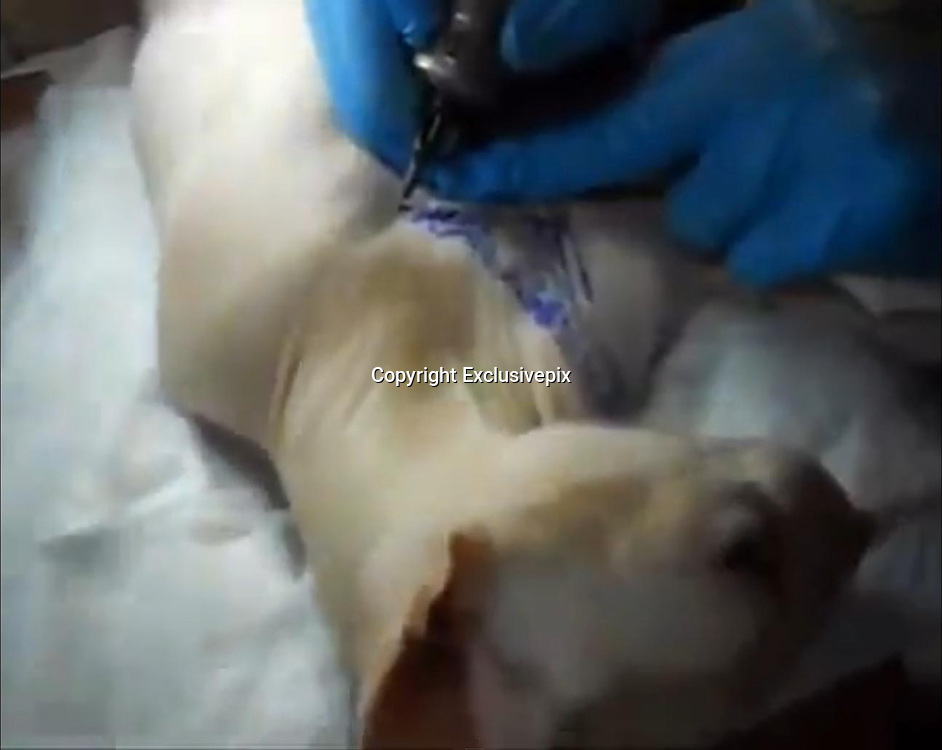