*Among dysfunctional army are grandfathers and Gulf War soldiers

*Rusty AK47s and second-hand grenades are their only weaponry

Weathered and war-weary, these are the Dad's Army warriors fighting to free a country for which many have fought before.
They are the Kurdish volunteers on the battlefield of Iraq's bloody war against the Islamic State jihadis ravaging their homeland.
And while many look like they'd better belong in line for a free bus pass than on the frontline, their advancing years belie their bravery.


I meet them in the Iraqi town of Taza Kharmatho, just south of Kirkuk city, where war is raging.
Dressed proudly in handed-down uniforms, they yield weapons leftover from bygone wars, including AK47s dating from the 1960s.
One day, alongside a tank, Russian grenade launcher and a handful of machine guns, these were all they had to fight with.

By contrast, the ISIS fighters are armed with state-of-the-art weaponry stolen from the Iraqi army or seized from wayward U.S. airdrops meant for Peshmerga Kurds.

Where these seasoned soldiers negotiate the muddy roads (we saw heavy rain for five days here) in four-wheel-drives, ISIS have hummers.
Nevertheless, they have no choice but to fight with what they have - despite hollow promises from the U.S. and Europe to arm them adequately.
One, who did not want to give his name but has returned to Iraq from London where he has lived for many years, told me his AK47 is indeed from the 1960s.
'My weapon is an AK47 that I saved up my own money for and bought on the black market to fight ISIS to save my country,' he tells me proudly, holding his rattling rifle with both hands.

'Of course we want better guns but we have no choice.
'Yes, we desperately need modern guns, any type would be bet 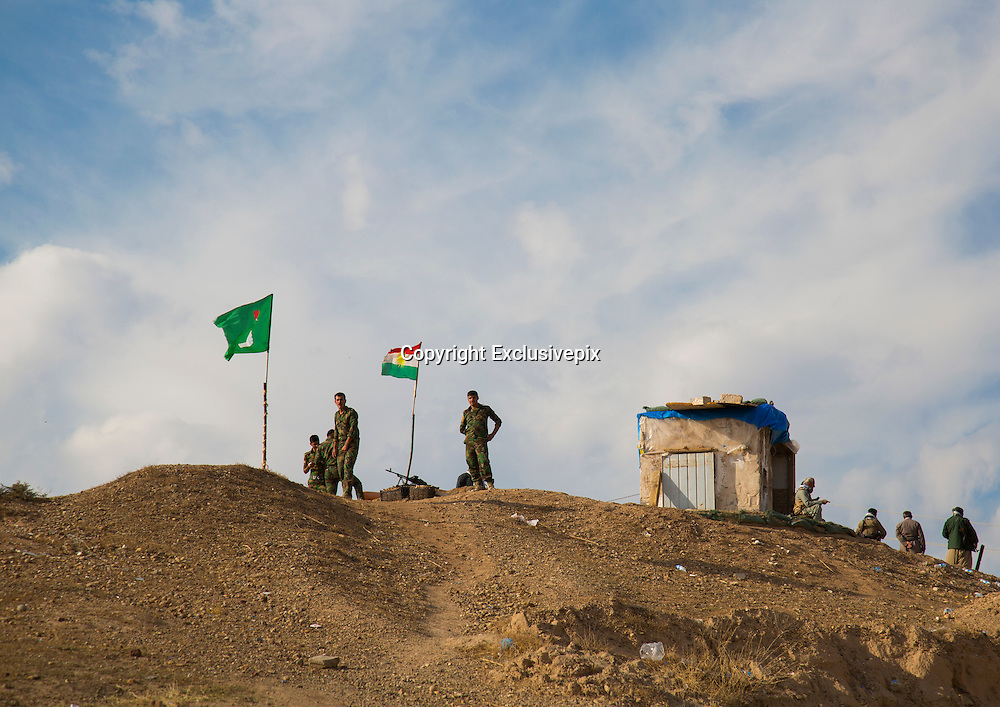