Photo shows; Inflating a dummy L-5 spotter plane. These would be set up on phony grass airfields to mimic the real installations that were usually close to a division headquarters. 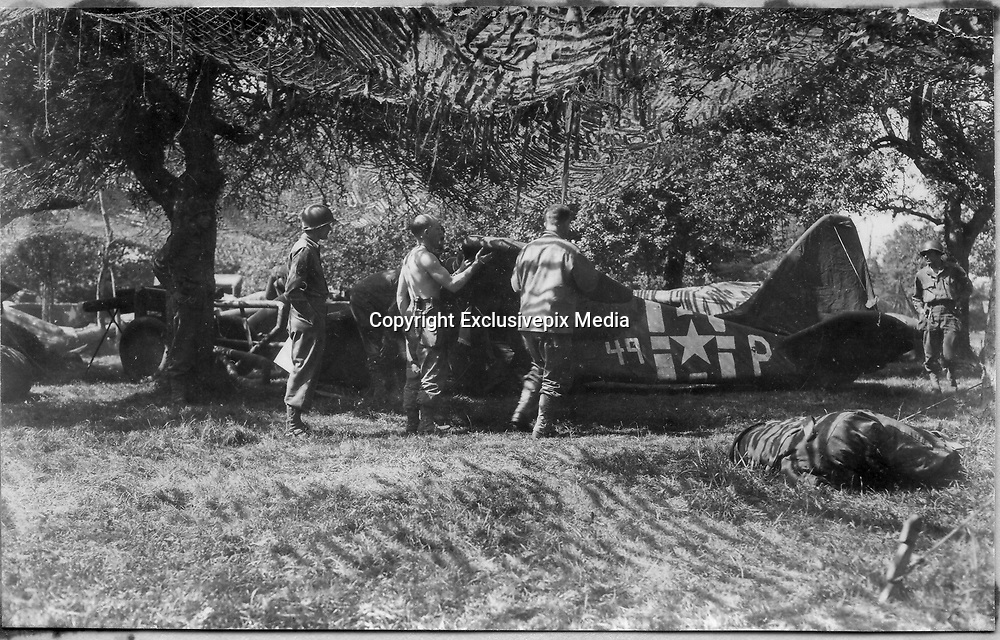