We are currently living in an interglacial period, a relatively warm period of time during an ice age, which will last several thousands of years until the next glacial period starts. The current interglacial period, which began between 10,000 and 15,000 years ago, caused the ice sheets from the last glacial period to begin to melt and disappear away, and the process is still happening. However, the melting has been accelerated since the 1850s, largely as a consequence of human activities.

These historical photographs of glaciers, when compared with photos taken at a more recent date, shows the dramatic change in the landscape and vegetaition that resulted when the glaciers retreated. The photos were taken at various locations in Alaska, including Glacier Bay National Park and Preserve, Kenai Fjords National Park, and the north-western Prince William Sound area of the Chugach National Forest.

Photo Shows: Photograph taken on August 13, 1941, shows the lower reaches of Muir Glacier, then a large, tidewater calving valley glacier and its tributary Riggs Glacier. The ice thickness in the center of the photographs is more than 0.7 kilometers.
©USGS/Exclusivepix Media 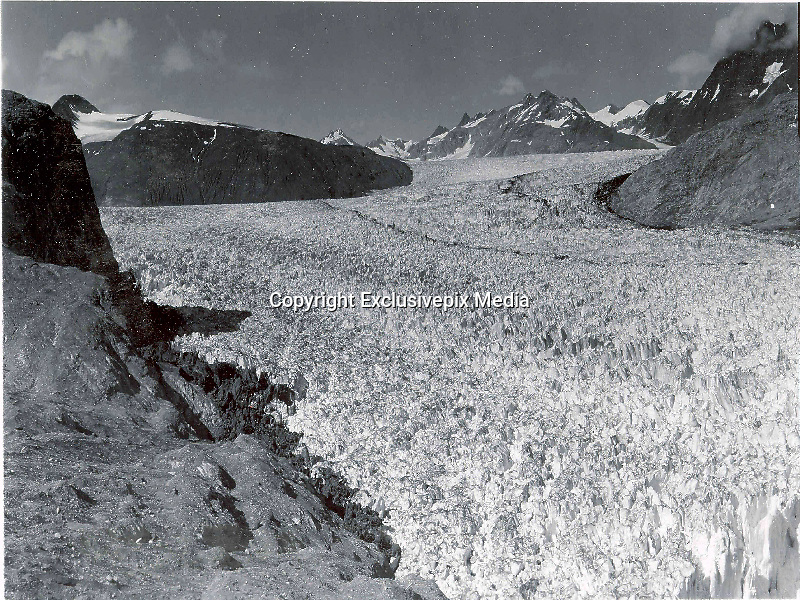