A land where a new-born girl is called a Shovel, a boy an Axe. A land of few roads and fewer birth-certificates.

The Southern Highlands is the land of the Huli - the largest ethnic group, numbering around 55,000 - who have been occupying this remote part of the country for around 1000 years.

Men and women, husbands and wives, live in separate houses - as men believe that menstrual blood is the deadliest poison.

For nine days a month women are caste out to a separate house and during this time the men will not accept any food either touched or cooked by them, nor will they walk on any

ground trodden by women during their cycle. These Highlanders believe that menstruating women cause sickness and infirmity.

So couples in the Highlands take great pains to avoid any physical contact with each other, leading completely separate lives, cooking, eating, sleeping and working apart. Sex only

takes place occasionally - for reproductivity - and it always takes place in the ‘garden’.

Teenage boys go to "Wig-School” - under the tutelage of a Wig-Master; they live together in isolation from the rest of the community.
Wig-Masters are normally tribal elders who have special powers and are able to cast spells to enable the growth of hair.

At Wig-School, they learn the fundamentals and rules of Huli traditional customs: growing their hair; collecting feathers; and making armbands.

One of the rules of Huli culture is that boys live with their mothers until they are seven or eight years old, then they live with their fathers to learn skills like hunting with bows and arrows, building mud walls and making houses.

When they are 14 to 15 years old, they go to Wig-School and do not return home again until ‘graduation’.

Sometimes they stay there for 10 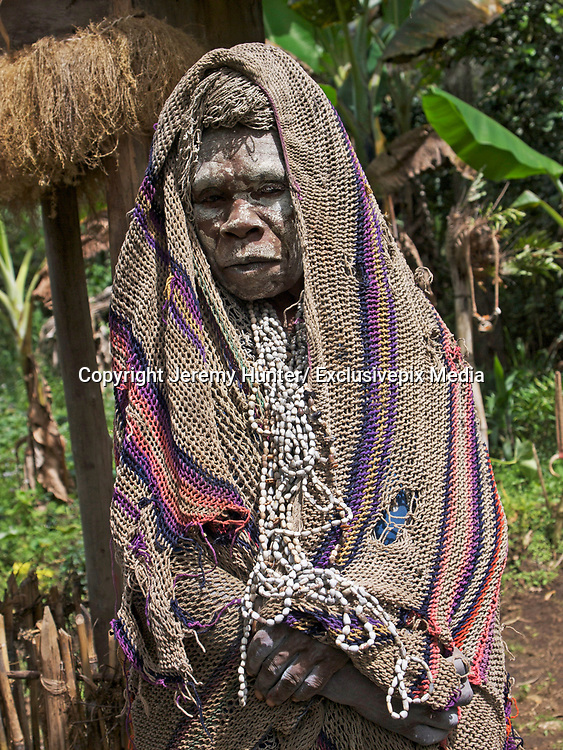