The UFO Watchtower in Hooper, Colorado

The UFO Watchtower in Hooper, Colorado
Smack in the middle of the San Luis Valley, in Hooper, Colorado, is a ten foot tall platform called UFO Watchtower atop which one can watch strange things being unfolded in the sky above. While not exactly a hotspot for UFO watchers, Colorado has its fair share in the UFO business, and taking advantage of it is former cattle ranch owner Judy Messoline, who moved from Denver to Hooper in the mid-1990s. After Messoline failed to raise cattle, she decided she would make more money by simply raising a platform.
Messoline erected the UFO Watchtower in 2000, but she didn’t expect anybody would actually be drawn to it, much less, pay $2 to climb it. After all, "when you're already at 7,600 feet, you don't need to be much higher," she told Roadside America. But it did. Throngs of people flocked to Judy’s property and made it a popular stopover. Sometimes visitors would camp on the property for the middle-of-the-night viewings. As of August 2015, there have been 96 reported sightings from the structure, 26 of which by Messoline herself.
About 95 percent of visitors, by her estimate, have experienced something like the sighting of a UFO that to one degree or another has haunted them and drawn them to this otherwise empty spot in south-central Colorado.
“The world needs a place where people can go to talk about their experiences and not be laughed at,” she said.
Judy began writing down visitors’ stories which now fill several binders in the gift shop where she sells UFO paraphernalia and souvenirs to supplement her income. Once 25 psychics visited the site and told her of the presence of two large vortices on the site, and Messoline, who had turned a believer by now, quickly marked the spot with large stones.
Messoline now encourages visitors to leave something in her vortex garden to “harness this force”. The garden is now littered with all sorts of trash ranging from expired credit cards, CDs, stuffed toys, and hundreds of 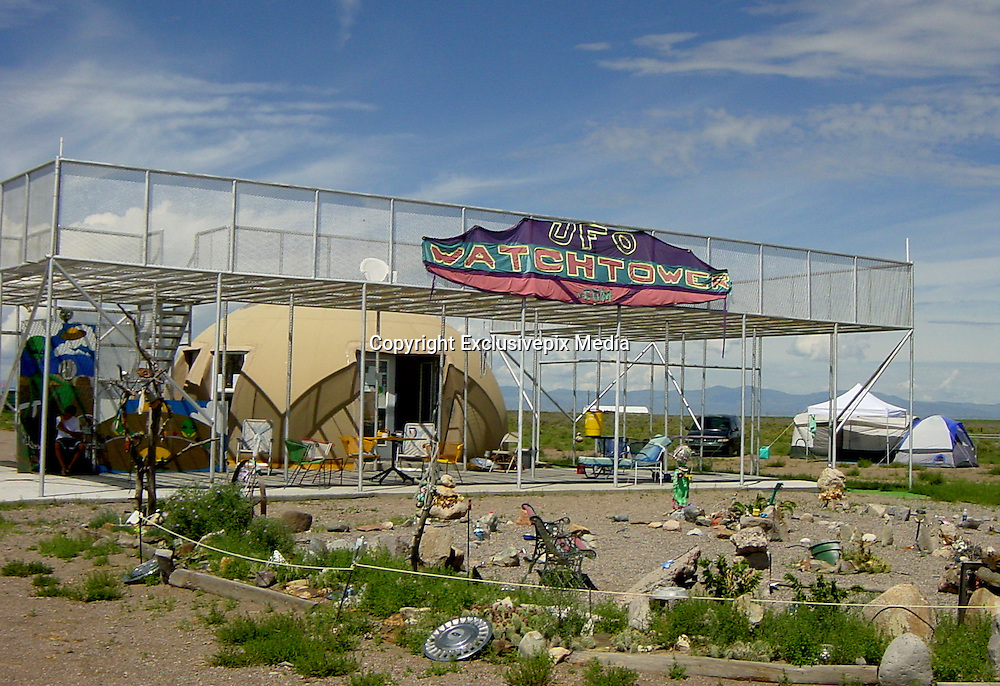