Head Up In Iran

For the past few decades, restrictions on travel to Iran has meant the country has been largely shut off from the Western world, but as visa sanctions are lifted in the light of a landmark nuclear deal, the local tourism industry is hoping for a flurry of visitors.
It's not hard to see why Iran is listed as one of the top travel destinations of 2016, with its rich culture and history.
Among the standout aspects of the nation is its beautiful ancient architecture, with the cities and towns littered with ornate and eye-catching mosques, public baths and markets.
And unlike many other countries - the roof is not an afterthought, with many ceilings built as the centrepiece to the building, with many of the tile designs showcasing a display of intricate geometric patterns that date back several centuries.
French photographer Eric Lafforgue has travelled the country photographing the ceilings of indoor markets, mosques and bath houses.

Photo shows: In the Shah-e-cheragh Mausoleum an elevator chair is used to clean the mosaic glasses 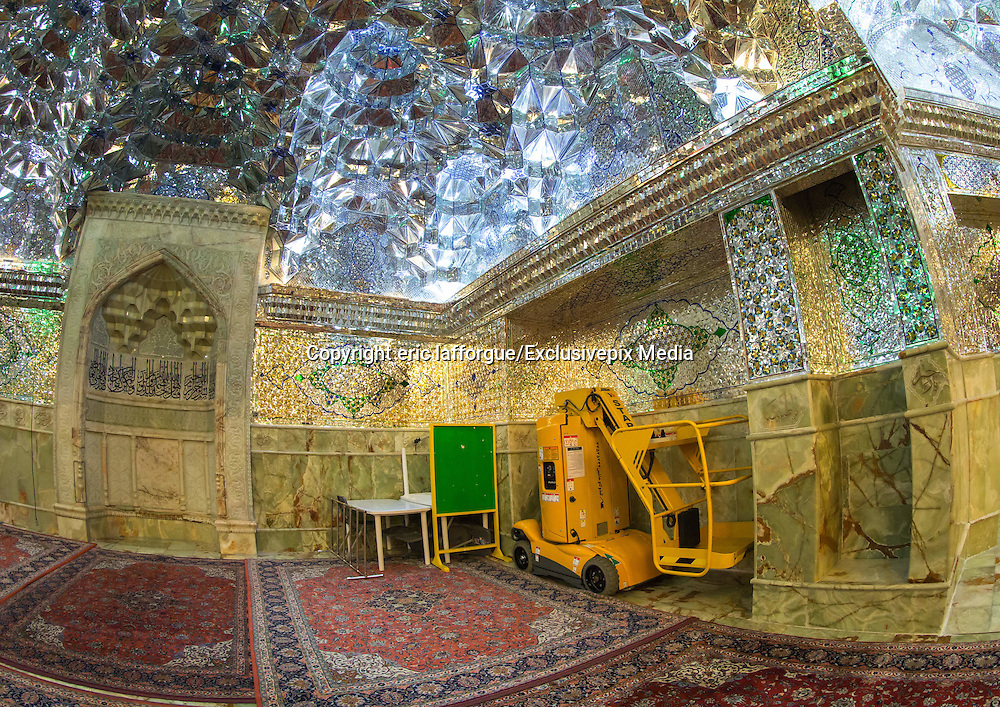