Anyone traveling through Nekoma, North Dakota - a stone's throw from the Canadian border on the way to the exact middle of nowhere - might be shocked to find an enormous pyramid jutting above the horizon. As well they should be - this is North Dakota, not Egypt.
But this American pyramid was once home to one of the United States military's anti-ballistic missile defense system with the Cold War-era goal of shooting down Soviet missiles before they ever reached their intended targets - and likely killing thousands of Americans.
The Nekoma pyramid is part of a cluster of military facilities once known as the Stanley R. Mickelsen Safeguard Complex, named after U.S. Army Air Defense Commanding General Stanley Mickelsen.

Construction of the Complex was completed in 1975. The Complex's pyramid served as its Missile Site Radar base that essentially scanned all directions in search of airborne objects that may pose a threat to the U.S.
The pyramid-shaped radar facility was complete with 30 Spartan missiles and 16 of the shorter-range Sprints missiles, all of which were held in underground launch silos.
The location of the pyramid is cryptically explained as 'Northeast of Tactical Road; southeast of Tactical Road South' - a sparsely populated section of one of the most sparsely populated states in the U.S.
As a whole, the Complex was armed with launch and control pads for 30 LIM-49 Spartan anti-ballistic missiles, and 70 shorter-range Sprint anti-ballistic missiles in support of the Army's Safeguard anti-ballistic missile program.
On February 10, 1976, the site was officially deactivated - after less than a year of being operational.
The Library of Congress, however, has a stunning set of images that shows the various states of construction and completion.
The photos were taken for the government by photographer Benjammin Halpern
©Library of Congress/E 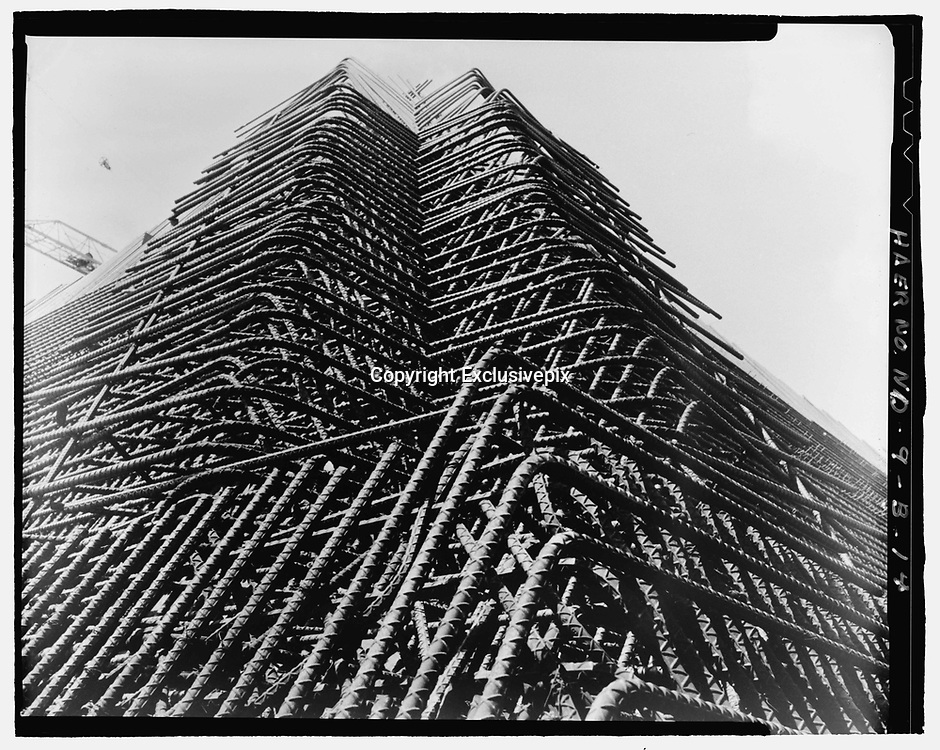