Photographer Eric Lafforgue first went in North Korea in 2008. At this time, there was no mobile phone in the country, and the only pics people were taking were thanks to the official photographers who stood at the entrance of the main monuments, to sell some photo souvenirs to visitors.

I first thought about making Polaroids just as a kind of artistic work, to keep the dull colors of this country, but quickly i discovered this camera was the best way to make contacts with locals and to break the ice.

Everytime i was taking a polaroid, i was taken another one i offered to my north korean « model ».

So many times, this allowed me to see north koreans in a very different way, and to start some conversations, thru my guide, of course. Something that was no allowed in 2008.

I think the ones who loved the most the Polaroids were the soldiers ! At the DMZ, the whole unity stood one by one in front of the camera. First the colonel did not want to allow me to disturb the mission they had : monitoring South Korea. But when i did one of a soldier, he came back and ordered me to take one for him !
Another colonel lead me to the top of the DMZ building to pause : he wanted to show his wife where he was working.
It was so funny to see them lose the stiff attitud they are supposed to keep everytime.

When visiting some houses, i asked the people where they wanted to stand for the picture, everybody answered « below the dear leaders  portraits». Once, i had to do the Polaroid again as the Leaders portraits were cut. Unacceptable.

For many, they had never see the development of a Polaroid, specially in the countryside where the only pics people own are the ones of the Dear Leaders (an obligation by the way !). So when i gave Polaroids to farmers, they were really happy. One of them even offered me 1 peach to thank me. In 2008, it was a very valuable gift for a north korean. They were the first fruits i saw in my15 days tour… 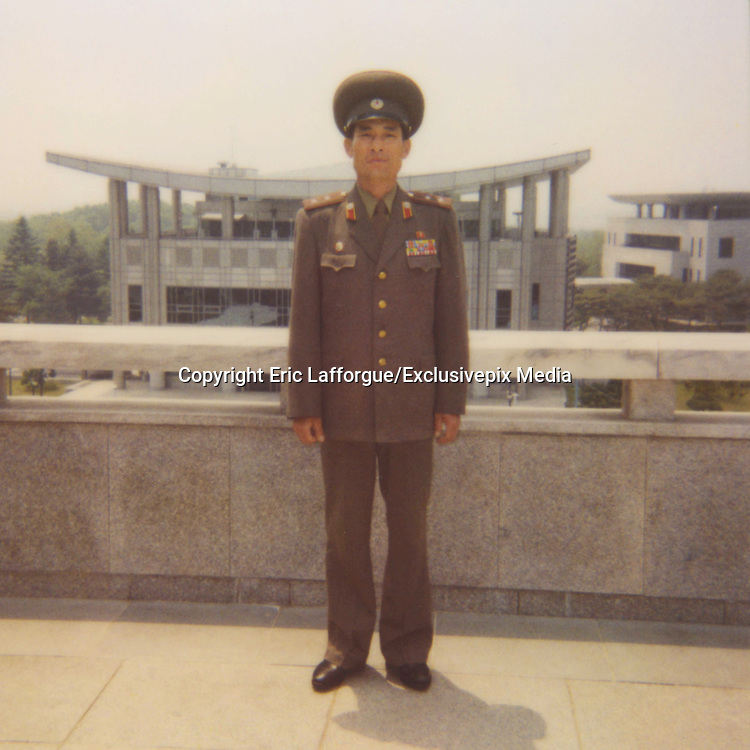