Conjoined twin baby girls have been abandoned at an orphanage in China after it is believed their parents could not afford to care for them.
The girls, who are only about three months old, are connected by their abdomens and lie face-to-face.
They are awaiting specialist treatment in Beijing where it is hoped they can be separated.
he girls were handed to the organisation in Pingdingshan City, Henan Province, on August 11 and have since been named Zheng Hanjing and Zheng Hanwei.
However, it is not known exactly how old they are.


Hanjing and Hanwei have been transferred to a children's home in Beijing while they await a variety of tests to determine if they share any vital organs.
They are being cared for by Mercy Corps children's home and staff member Deng Zhixin said that from 140 rescued children, this was their first case of conjoined twins.
She told Chinese news site Fawan that she refused to 'judge' the twin's mother for abandoning them.


She said it was likely their mother may have been forced to give up her children because of poverty and being unable to afford proper medical care.
Deng said the pair are 'lively' and they are turned by staff every hour as they cannot roll by themselves.
It is hoped the twins could be separated as early as this month but surgeons still need to determine what, if any, organs the babies are connected by.

Next week the babies will be given a heart examination and abdominal ultrasounds to see if any organs are shared.
About one in every 200,000 live births worldwide result in conjoined twins. 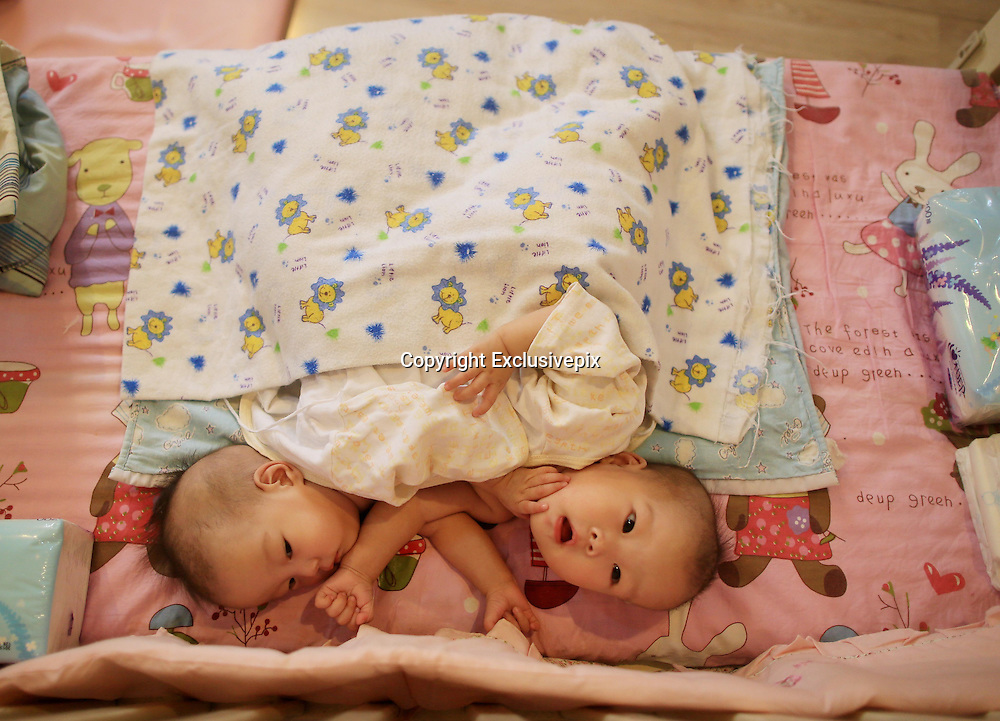