Once dubbed 'The Paris of the East', Romanian capital Bucharest is a city teeming with ornate architecture, Baroque palaces and tree-lined boulevards.
But beneath its mansions and squares lies a second city that no tourist gets to see - an underground kingdom of outcasts and drug addicts living in the city's vast network of sewers.
Here, everyone is HIV-positive and a quarter have TB, yet they are left to rot in the darkness, huddling against heating pipes and snorting glue to stay warm.


At the head of this city of vice is one man, named Bruce Lee from his street-fighting days. A father, mentor and drug-dealer to all, he brings safety - and a bottomless supply of glue - to the 'sewer children' of Bucharest, many of whom have lived there since the fall of Communism two decades ago.
Now this underground society is exposed in a new film by Channel 4 News' Paraic O'Brien, Jim Wickens & Radu Ciorniciuc.
This is their dispatch.


We're standing outside Bucharest's Gara de Nord, in the pouring rain, waiting for an invitation. You can travel to the heart of the EU from this train station but our journey will take us just a few metres.
On the surface, the newest member to the European club has worked hard to redefine itself. But there's a another Romania, underground.

When Ceausescu fell there were tens of thousands of children in orphanages and in state 'care' in Romania. But in 1990 a series of reports revealed what a nightmarish misnomer that was. Scenes of neglect and cruelty on our televisions, reminiscent of the concentration camps.
So what happened to those children? We've been told that some moved into the tunnels underneath Bucharest, drug addiction was rife, some had had children of their own.

The entrance to this underworld is a hole in the pavement on a traffic island in front of the station. By late afternoon they start to wake 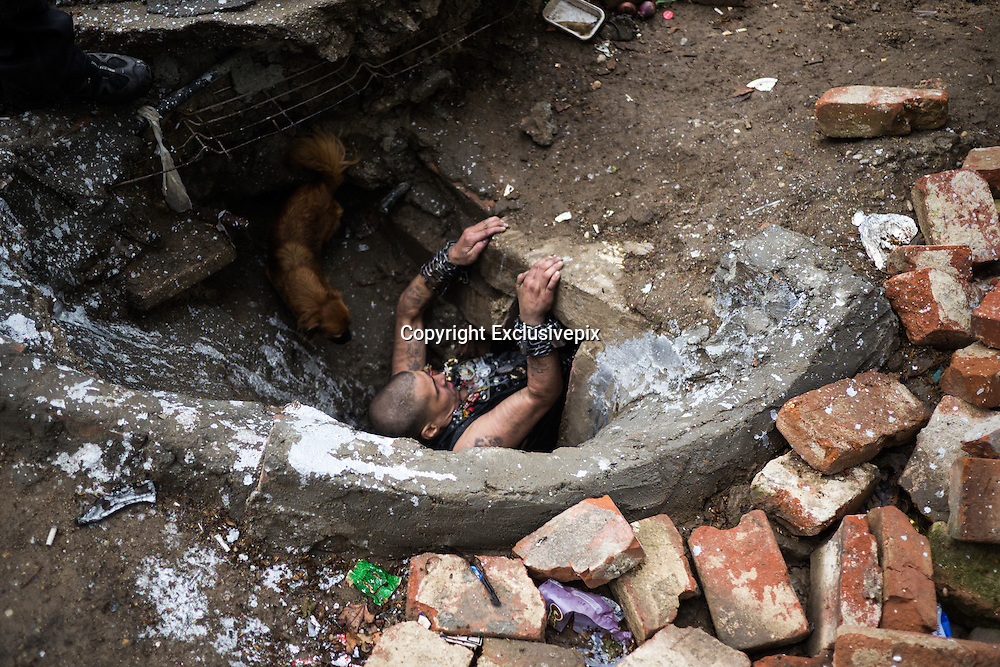