A chained and abused Indian elephant that Sir Paul McCartney campaigned to save has finally been rescued, two years after efforts first began to secure his release.
The 14-year-old elephant, called Sunder, on Friday arrived at his new home: a 50 hectare green leafy sanctuary in Bangalore in south India.
He travelled a gruelling 400 miles by truck from Kolhapur in India - where he had been chained and beaten in an old poultry shed – to get to his new home. Now, he is receiving care for a serious leg wound that resulted from recent maltreatment and once he has adjusted and recovered he will be allowed to roam free in the rescue centre in the company of thirteen other elephants, according to People for the Ethical Treatment of Animals (PETA).
A campaign backed by former Beatle Sir Paul was launched by the animal rights group PETA two years ago in an effort free Sunder from the Hindu temple where he was being kept at that time, after it emerged that the elephant was being beaten by his handler. As a result of the abuse, the elephant had a number of scars and eye injury, as well as a hole in his ear. Sir Paul wrote a letter to Indian government officials in July 2012. “I have seen photographs of young Sunder … put in chains with spikes,” he wrote. “Years of his life have been ruined by keeping him and abusing him in this way and enough is enough.”
The former Baywatch star Pamela Anderson also supported the campaign.
Sunder spent five years chained at the Jyotiba Temple in Kolhapur, after he was donated to it by a local politician. Elephants are sometimes kept at Hindu temples in Indian to offer blessings to visitors. Soon after the campaign's launch, the elephant was moved to a nearby disused poultry shed owned by the politician who donated him to the temple, against the orders of authorities that he should be sent to a sanctuary. There the terrible treatment of the elephant continued.
During an undercover inves 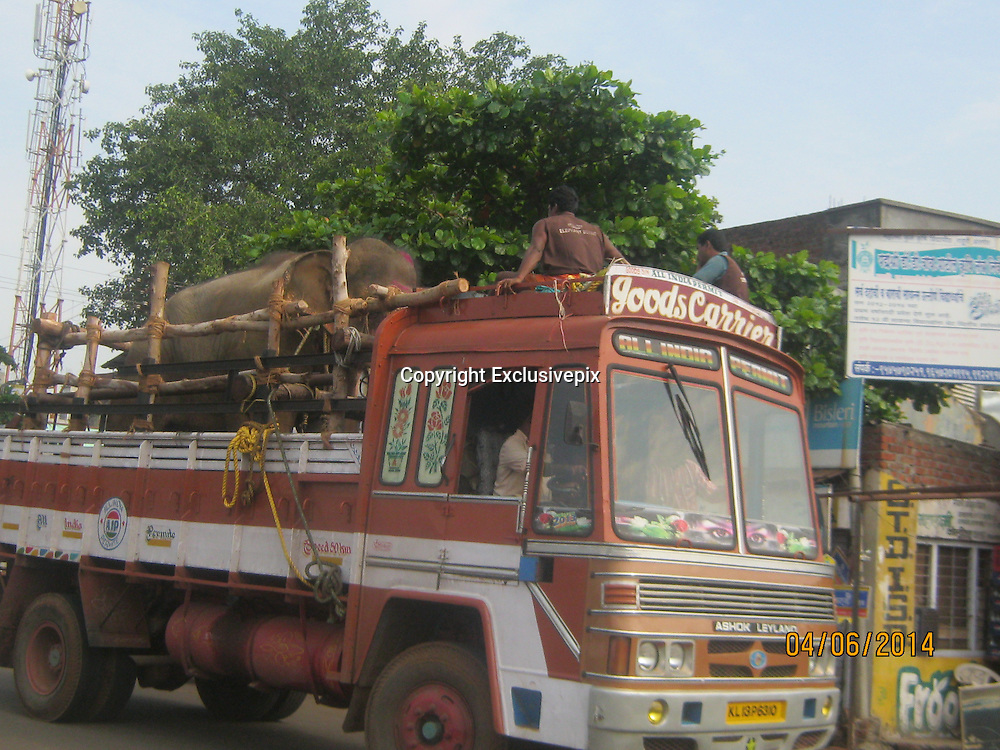