Stingray City is an area of shallow sandbars in the North Sound of Grand Cayman, in Cayman Islands, in western Caribbean Sea. It’s Cayman Islands’ most popular tourist attraction where southern stingrays are found in abundance and visitors can pet and interact with the animals.

The stingrays began gathering in the area during the 1980s when fisherman, returning from an excursion, stopped in the area to clean their fish in the calm water of the shallows and sandbar. The fish guts and squid that were thrown overboard attracted the stingrays who normally feed on mollusks and crustaceans, and on the occasional small fish. Soon the stingrays began to associate the sound of a boat motor with food. Years went by, and eventually some local divers realized that the stingrays could be fed by hand.
©Stingray City/Exclusivepix Media 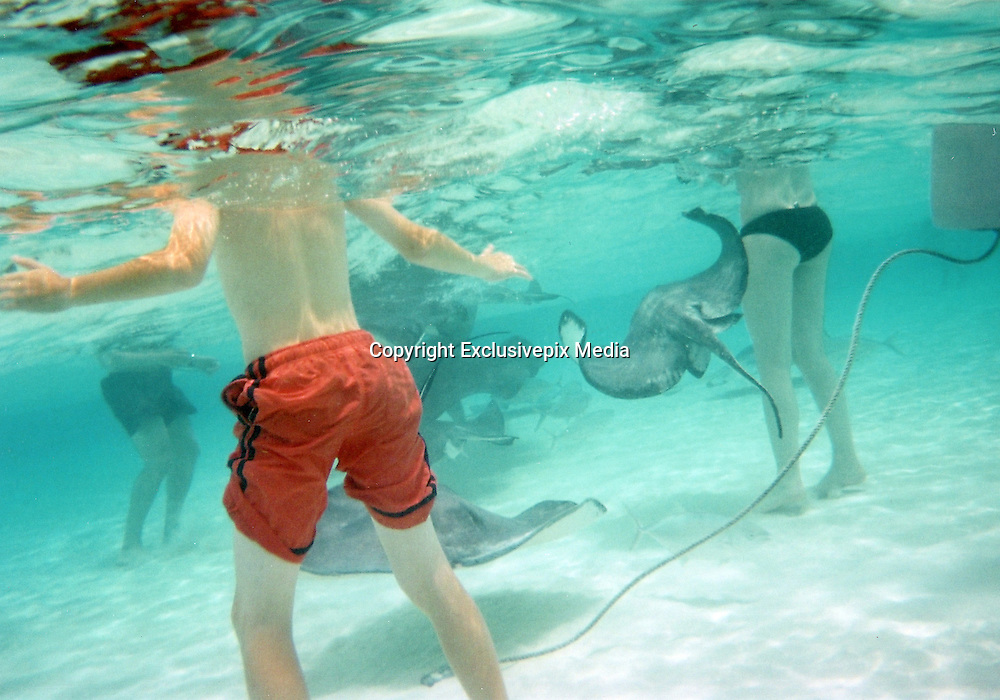