This is the harrowing moment rescuers found a bedridden man crippled by a ten-year-old abscess on his back the size of a BASKETBALL.

The 50-year-old man - who has no paperwork to identify him - was discovered lying face-down in his shabby wooden hut in Bangkok, Thailand.

He was covered in lumps from a skin disease and unable to move due to the weight of the puss-filled growth on his lower back preventing him from standing up.

Volunteer rescue workers who were called by neighbours concerned by his groans of pain were able to take him to hospital for the first time in almost a decade.

The Ruamkatanyu Foundation, a volunteer group in the Thai capital, are now desperate to find the man's relatives and identify him so he can start to receive support and treatment.

A spokesman said: ''The man had a fever and he was very weak. He was in some pain and was dizzy every time he tried to get up to walk.

''He has no relatives or descendants and had been lying in the market area for many years.''

The sick man is understood to have survived on handouts from neighbours in the poverty-stricken community.

Doctors turned him away from hospital because he could not provide any paperwork or ID.

''The man has no ID or documents so the hospital could not help him. We're desperate to get more information to help him. We're pleading to find help for him,'' the group said.

''He has a swelling on his back that's filled with water and the size of a basketball. He's in pain all the time and cannot walk. He has been face down all this time for many years and it has been like torture for him.''
©Exclusivepix Media 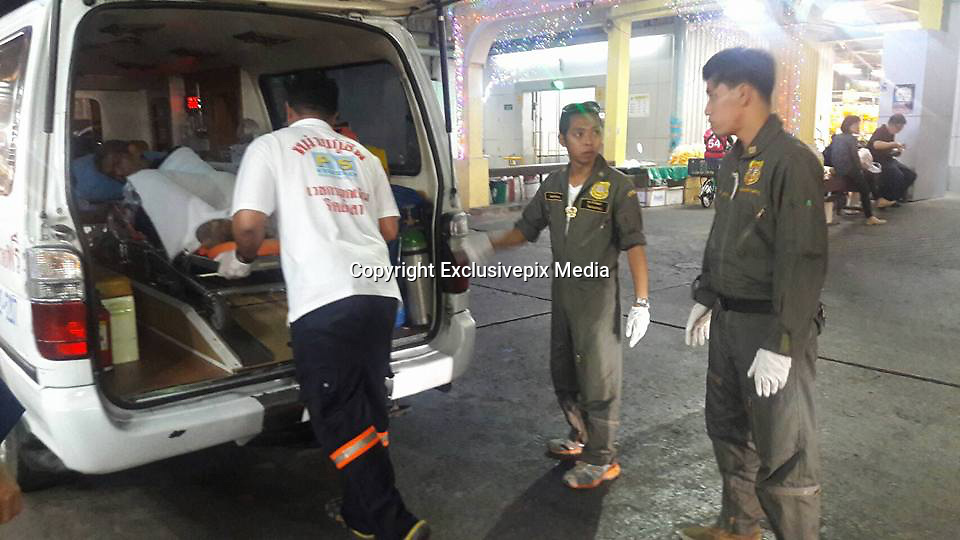