Alastair Cook enjoyed a golden Ashes-winning summer and now he’s in South Africa, preparing to take on the world’s No 1 Test team.
But back in his own county of Essex there’s a precocious protege who this year smashed the England captain’s schoolboy run-scoring records in spectacular fashion.
Nathan Khelawon is a special prospect because he has broken every record in the book at an age when most schoolboys are still taking their first tentative steps in the game. For Nathan — who surpassed landmarks that Cook set when he was 18 — was just 12 years old.

This extraordinary batsman hails from Harlow with Guyanese parents — father Jugister, a kitchen fitter, and mother Nagama — and has made an incredible mark this summer at New Hall School near Chelmsford under the wing of a very familiar face.
When Nasser Hussain is not commentating for Sky or writing for Sportsmail he is New Hall’s cricket professional alongside head of cricket Gareth James and both have guided a boy who has become the best prospect in the country.
Nathan is now 13 and in his second year at New Hall, but in his first year after earning a sports scholarship he broke every record for his age in the country by scoring 1,689 runs for the school across all teams at an average of more than 67, with 13 hundreds.
To put that in perspective, Cook hit 1,267 runs in his final year at Bedford when he was six years older than a boy who has been fast-tracked to New Hall’s first team and became the first 12-year-old to play for Essex Under 15s.

‘Nathan came to us last year with quite a reputation from the cricket he’d played already but I don’t think we realised quite what an impact he would have,’ said James, a former Essex second team player.
‘It got to the stage where he had to come out of Under 12s cricket because that wasn’t doing anything for anyone. So he 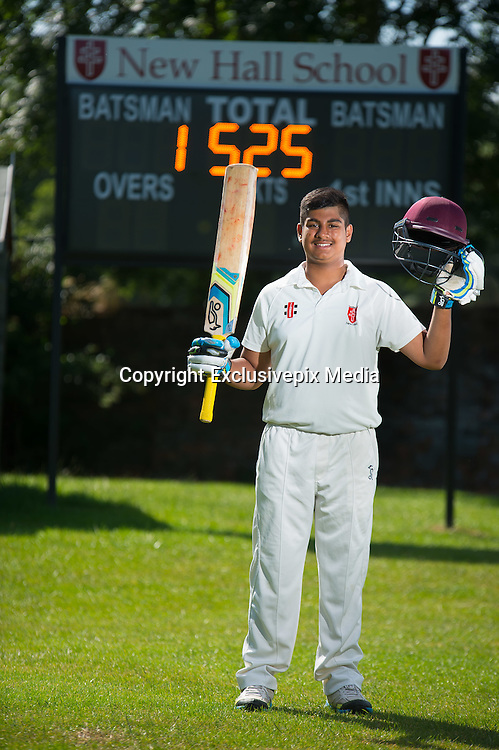