Tens of thousands of HIV positive prostitutes in the slums of Lagos to ensure a rapid spread of the epidemic.

"If you arrive by car, you can smell the HIV virus outside," joked my driver as we are on track to Badia a criminal slums of Lagos. Badia is a corruption of "Bad Area". Nigerians have a lack of everything, except black humor.

The poor West African country Nigeria, with a population of 140 million people, after India and South Africa the highest number of people with HIV / AIDS. Since the beginning of the epidemic in 2000 is estimated to have 800,000 people died in Nigeria. But the worst is yet to come: within 5 years in Nigeria 5 million people die of AIDS. In 2015 there are 10 million.

In the capital Lagos, the situation is acute: 1.2 million people are infected with the HIV virus - in the Netherlands compared with the population of Amsterdam would be infected.

Two to five dollars
Badia is one of the thousands of slums in Lagos, where both sides of the railroad verzakte prostitutes in small pens getimmerde display of old boards and rusty corrugated life. Women as young as 14 years, working to survive. They count from 2 to 5 per customer. How younger and prettier the girl, how expensive it is. The men visit prostitutes as if they walk in the bakery. Within 5 minutes they're out, the pants still dichtritsend. A hooker in Badia receives about 5 clients per day.

Many still do not have money for the girls. Some 10 per day to rent for a room tendon and the salary of a square-built bouncer.

Expats
The youngest and hottest girls live in Badia, but outside the district. When the sun goes down in Lagos massive music concerns and beer bars are open, these girls in the suburbs in search of the white 'expat-man', often too fat and ugly, but with money. These girls have only one customer per night required for 50 to 100 euro it will go to his house or hotel.
©Ton koene/Exclusivepix Media 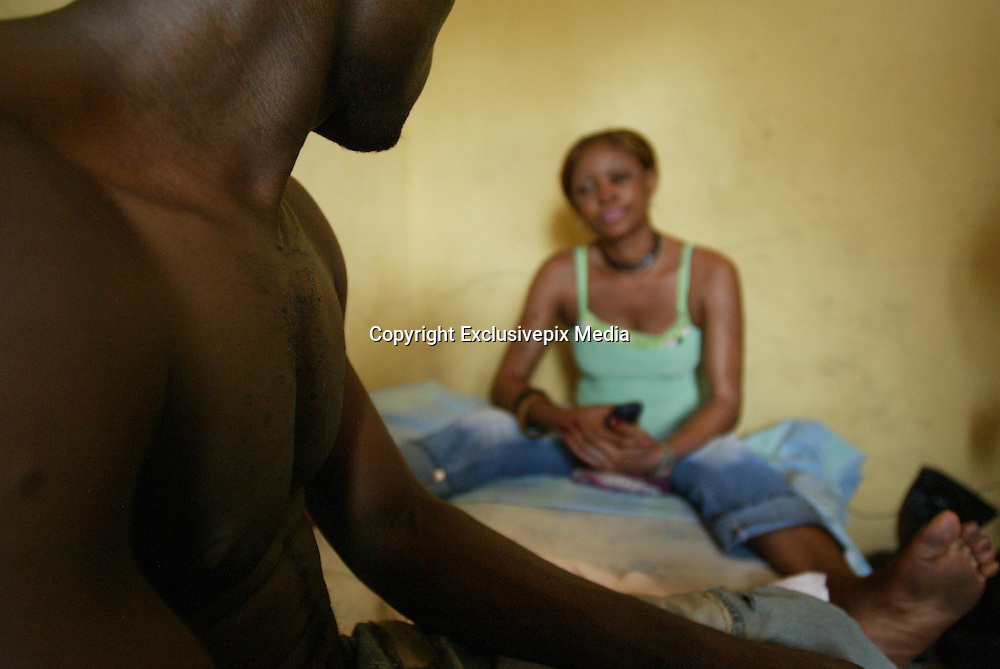