Kandu - The Little Dog That Could

Oak Creek, Colorado, USA -
Kandu - the little dog that could

Kandu was born without front legs. His original owners, fearing the Jack Russell terrier would never have a normal life, left him at a local shelter to be euthanized.

Ken Rogers and his wife, Melissa, were watching the news one night at their home near Steamboat Springs, Colorado when they saw a segment on Kandu which melted their hearts.

They immediately applied to adopt him - along with 99 other families.

When Ken and Melissa brought Kandu home, Ken got right to work on a contraption made of molded plastic and rollerblade wheels so Kandu could get around.

“Now he can run with the other dogs,” says Ken, who even designed a mono-ski for Kandu so he can play in the snow.

Meanwhile, Melissa has been visiting nearby Yampa Valley Medical Center with Kandu to lift patients’ spirits. When it is time for his “shift,” Kandu runs towards the hospital doors. “He’s pure joy,” says Melissa.

Patients who are struggling to recover from strokes, accidents, serious illness or operations react when they see Kandu scampering around. Perhaps they think “If Kandu can do it, maybe I can too.”

Kandu has been so successful at getting around on just two legs that Ken and Melissa have adopted a playmate for him - Luci - a Chihuahua which was also born without any front legs.
(Credit Image: © John F. Russell/Exclusivepix) 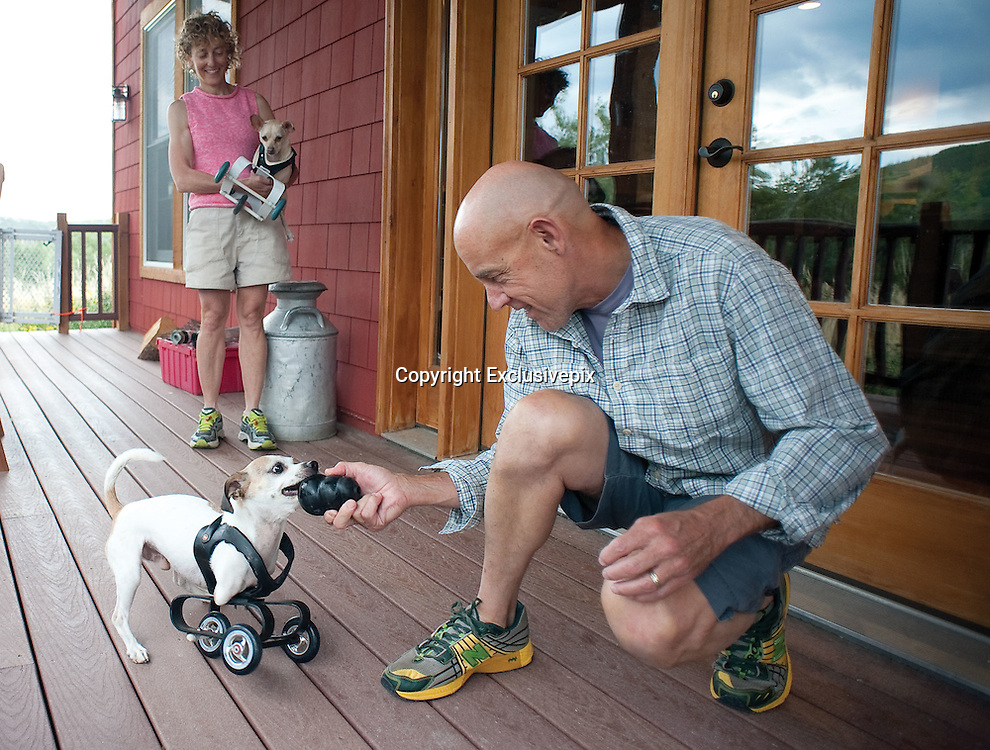