They are the Navy ships that heroically fought in World War Two, now slowly rotting in a San Francisco bay.
And as they are being towed, one by one, for scrapping, in just a few years they will all be gone.
A group of illegal squatters gained unprecedented access to the vessels by rowing at night for two years past security and climbing onto the ships, sleeping secretly on board for days at a time.
And as these stunning images show, their efforts were certainly worth it.
The ships, which served the U.S. in four wars - World War Two, the Korean War, the Vietnam War and Desert Storm - are now stationed in Suisun Bay, 30 miles north east of San Francisco.
The mothballed ships, which once numbered close to 400, have been out of action for a decade. 15 of the ships have already been scrapped and the whole fleet is expected to have disappeared by 2017.


The squatting photographers, led by Scott Haefner, gained access to the ships over a two year period.
They took months to prepare their voyages - analysing tidal patterns and security rotas - but despite many close calls managed to spend many days at a time on board.
'As news began to mount that the ships would finally be towed out for scrapping, we knew we had to act fast if we wanted to explore and document them,' Haefner said.


'We had fantasised for years about getting aboard and had to overcome numerous obstacles just to get to the ships. To get across the channel, we acquired a small, inflatable raft that was just big enough for the three of us and our gear, along with a small motor powered by a car battery.'
The raft often had holes in and on one occasion they frantically had to keep pumping up the boat while still on water.
'On subsequent trips, we spent the entire weekend aboard the ships, each time on a different row. Because they are tethered closely together in rows, we had many ships to e 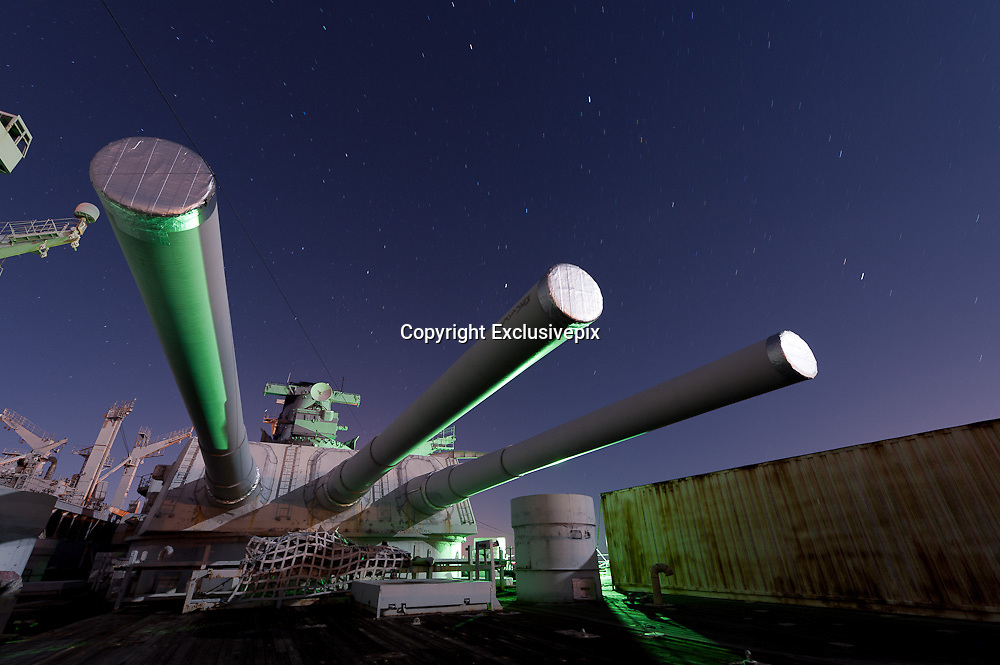