Palu residents tried to raise Ocean sunfish or Molamola (hypopthalmichtys molitrix) stranded at Taman Ria Teluk Palu coast on April 28, 2015 in Palu, Central Sulawesi, Indonesia. Ocean Sunfish is rare fish weighing approximately 1.5 tons and a length of more than two meters was found by a fisherman in a state still alive and throw him out to sea, but the fish did not move and continued to be dragged to the shore and eventually die.
©Basri Marzuki/Exclusivepix Media 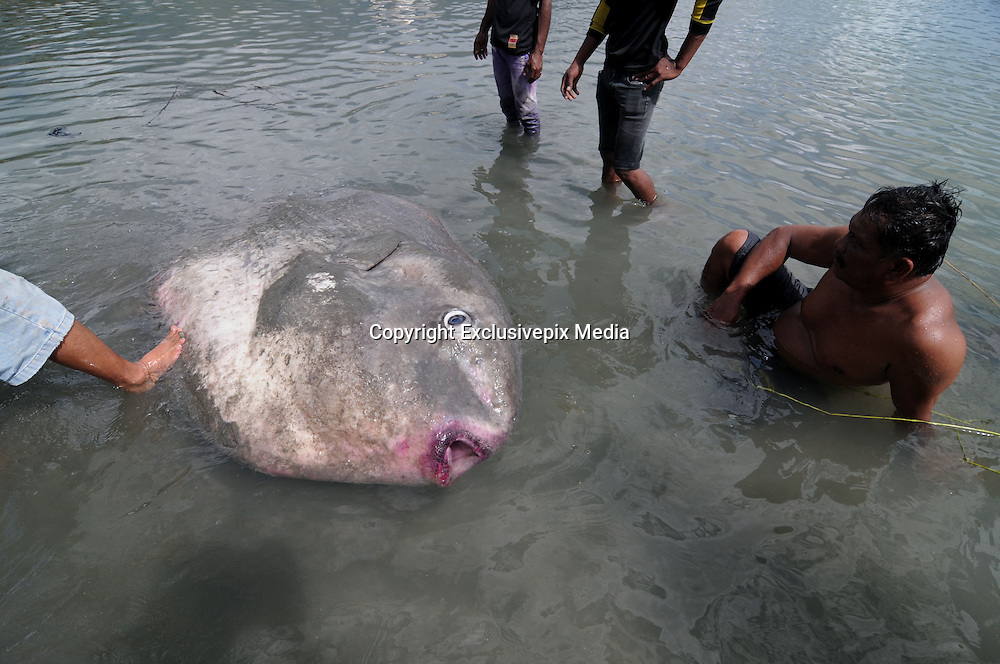