Smiling Donkey happy after being rescued from floods

On Sunday 6th December 2015, Suzanne Gibbons, founder of AHAR, received a call from the distraught owner of
‘Mike the Donkey’, stating that the donkey had escaped overnight when the storm had caused damage to the gate of his stable. His owner had found him that morning out in the field, and because the river had burst it’s banks the donkey was stranded. After several calls to try and get help, the owner rang Suzanne at AHAR and she immediately called a code red on her page asking for people to come forward, and for a boat.

Thanks to Mike at Killorglin Rowing Club, who came forward with the offer of help and a boat, the rescue could then get underway. Suzanne, Declan and Sue, all AHAR volunteers, and Mike, met at the site and began the rescue. The owner was also there throughout.

They took the boat out to the donkey, and Declan worked hard to get the rope and buoyancy aid around the donkey, who was terrified and very tired by this time. The donkey was ‘towed’ to land and pulled out to safety.

It was agreed with the owner that ‘Mike’, named after his rescuer, would go back to AHAR until the stable could be repaired and he could then be returned to his owner. A vet was called out immediately, who gave Mike antibiotics to prevent Pneumonia developing, and Mike was dried, put in a warm stable and given hot mash!
©Exclusivepix Media 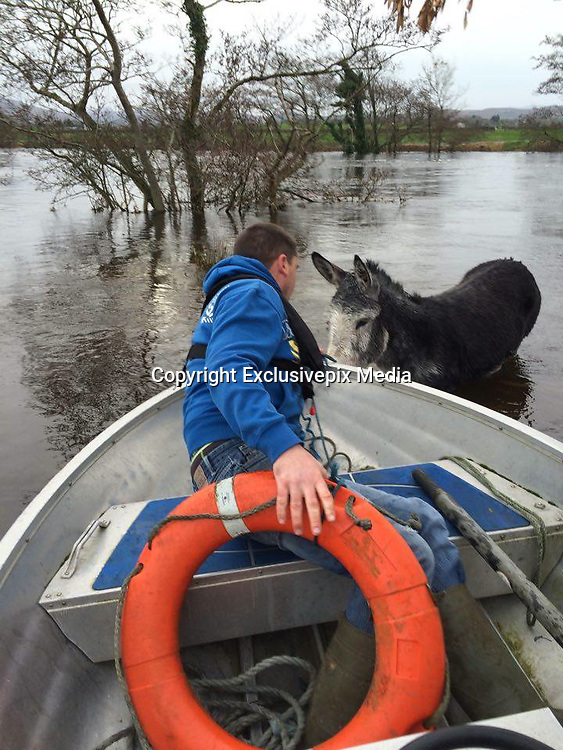