A soccer fan consults with Dr. Zheng Xiang in the "World Cup Syndrome Clinic" of No. 3 People's Hospital to soccer fans on June 24, 2014 in Chengdu, Sichuan Province of China. Over a week after the 2014 World Cup began, the No. 3 Peoples Hospital in Chengdu opened a "World Cup Syndrome Clinic", specifically for soccer fans that developed health issues from staying up late to watch the World Cup. A spokesperson of the hospital says that everyday since the World Cup began, there have been patients coming in for counselling or treatment on sleep deprivation caused by staying up all night to watch the World Cup. There have also been cases when fans overeat while watching the World Cup, causing burden in the gastrointestinal tract. The spokesperson says that sleep deprivation can cause mood depression and anxiety, decreased immune function, and can easily lead to neurasthenia or flu symptoms.
©Exclusivepix 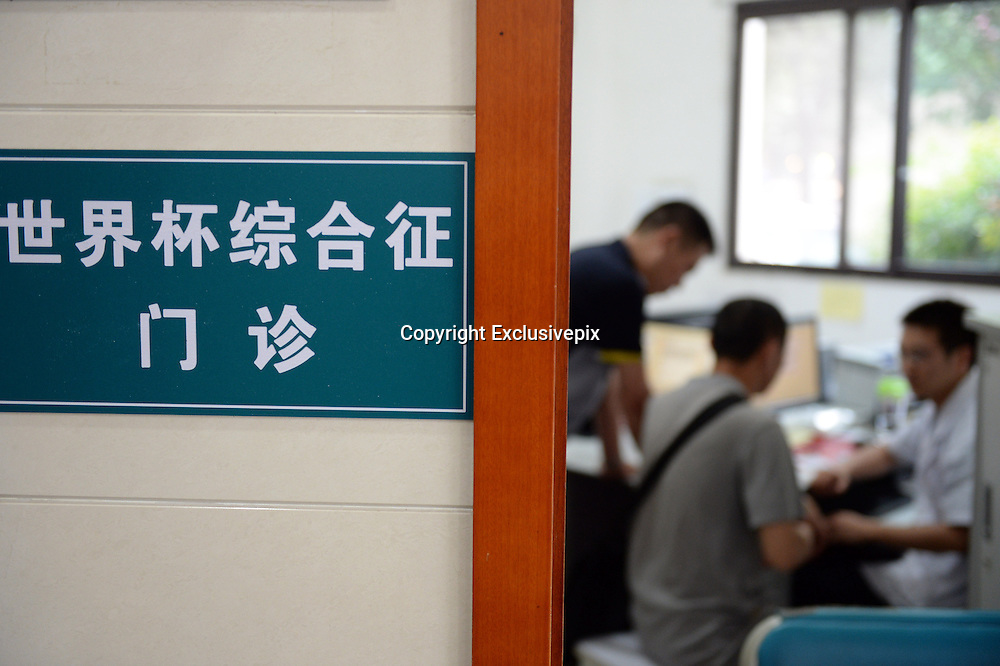