China could soon wave goodbye to bank cards as it rolls out the first of its facial recognition enabled ATMs.
The clever machines were recently made available to customers of China Merchants Bank in the cities of Shenzhen, Nanjing and Qingdao, with more planned for the future.
It is the first time the technology has been made available for public use in China since the technology was unveiled earlier this year
A total of 10 facial recognition ATMs were introduced to China Merchant Bank branches in cities around the country this month - the first of its kind in the country.
Some of the machines were Minions-themed while others were plain.
They allow users to access their bank accounts by scanning their faces, effectively making bank cards redundant.
There are obvious security concerns over the use of the machines and as an added security, users must input their telephone numbers as well as a password.
Staff claims that the machine is even able to distinguish between twins as the visual image processing technology used takes its profile from several parts of the face.

This has been successfully proved during the product testing stage of the machine.
They also claim a small variation in appearance, including wearing glasses or make-up, shouldn't affect the efficiency of the system.
However, major plastic surgery would require customers to update their photograph used on their identification cards.
The technology eliminates the use of cards. With the average speed of a cash withdrawal reportedly just 42 seconds, it could also speed up the process.
However, users are restricted to a daily withdrawal limit of 3,000 Yuan (£300), compared to conventional methods that allow users to withdrawn up to 20,000 Yuan (£2,000). 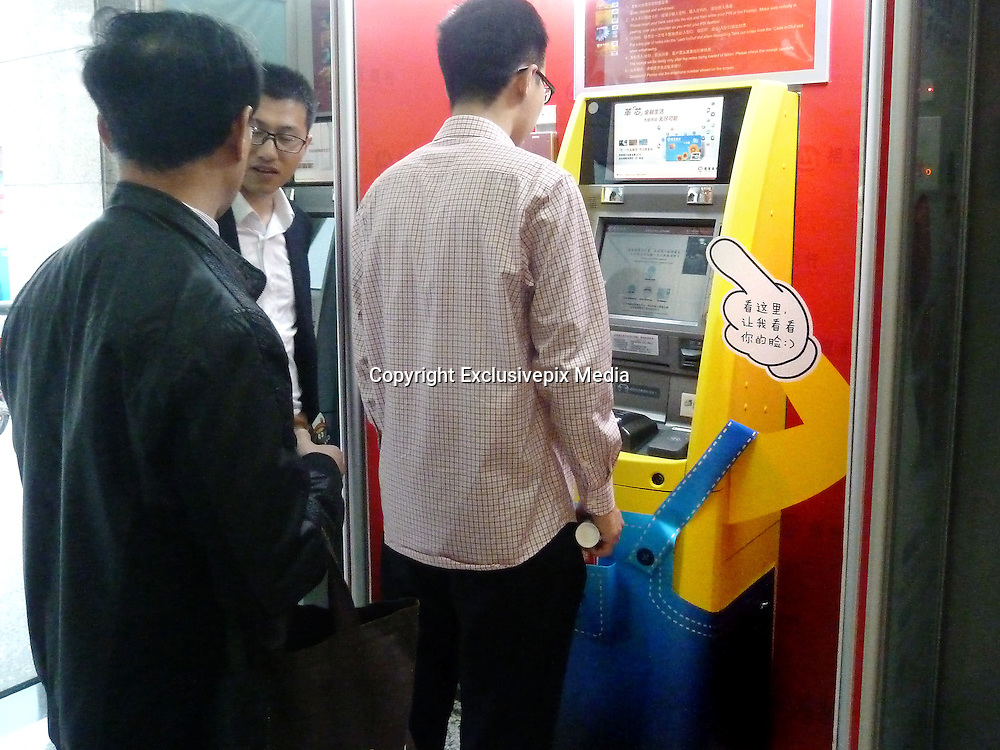